When Kew. Rhone. was released by Virgin Records back in 1977, it was somewhat overshadowed by another record issued by the label on the very same day – Never Mind The Bollocks, Here’s The Sex Pistols. The influence of John Lydon’s band was immeasurable, prompting thousands of snotty and not-so-snotty teenagers to form their own groups and make their own racket. Kew. Rhone. had far fewer adherents, but it had a decisive influence on some, not least on Mr Key himself. Along with Edward Gorey, Kew. Rhone.‘s lyricist and illustrator Peter Blegvad was my teenage self’s great creative spur, firing my imagination in ways that have not yet fully worked themselves out.

Almost four decades on, Kew. Rhone. is now a book, and one which I urge every last one of you lot to add to your shelves. It is with a certain amount of overexcitement that I tell you I am one of the contributors, so quite apart from its many other charms, the book is a necessary purchase for all devoted Hooting Yardists. Here is the press release:

First released in 1977, Kew. Rhone. is an album by a mismatched assortment of musicians performing intricate jazz- and pop-inflected songs with lyrics about unlikely subjects and unlikelier objects, lyrics which refer to diagrams or function as footnotes, or are based on anagrams and palindromes.

Kew. Rhone. would never trouble the charts, it aspired to higher things, and yet, re-released in various formats over the decades, curiosity about this categorically elusive work has grown. Now its authors and some of its connoisseurs have broken silence to discuss the record and to reflect upon the times in which it and they themselves were forged.

Peter Blegvad, Kew. Rhone.’s lyricist and illustrator, excavates each song in turn, uncovering themes and sources. In the second part of the book, a consortium of writers and artists respond to the album in various ways, illuminating without dispelling the mystery of a work designed to resist interpretation even as it invites it.

Kew. Rhone. is published by Uniform Books on 26 November. 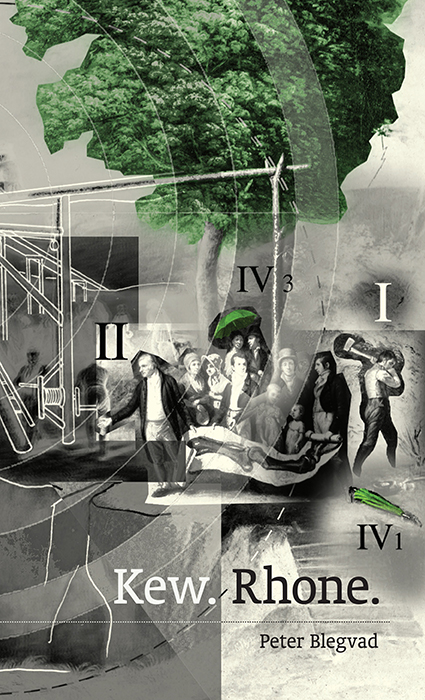