There I was, thinking that my film career began (and, thus far, ended) with Miss Hathorn’s splendid adaptation of A Recipe For Gruel in 2014. But what is this I find, lurking in a remote corner of Het Internet? Why, it is a film entitled Creekside Artists, made by Endwell Productions as long ago as 2006-7, the soundtrack of which is a direct recording of Mr Key babbling away on the radio about Dobson, Marigold Chew, squirrels, and seagulls. I had no idea this existed. I suppose it also counts as one of my rare forays into the world of ART. 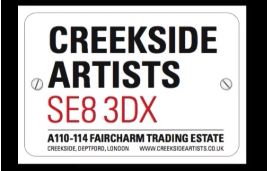