Anyway, to prove these accusers wrong once and for all, here is a hyperrealist photograph of the Cow & Pins inn sign, taken by Rex Hyper, the noted hyperrealist. 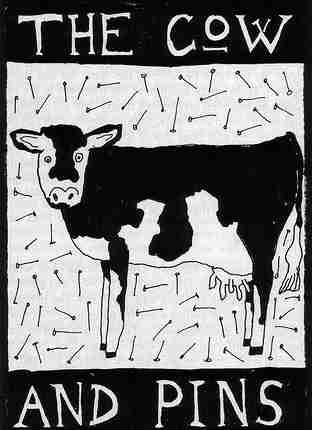