Dear Mr Key, writes Dagmar Glossop from Shoeburyness, I recently came upon this terrific photograph at My Ear-Trumpet Has Been Struck By Lightning (where a much, much larger version can be seen), and I fell to wondering if it might be a rare snapshot of fictional athlete Bobnit Tivol. Please enlighten me. 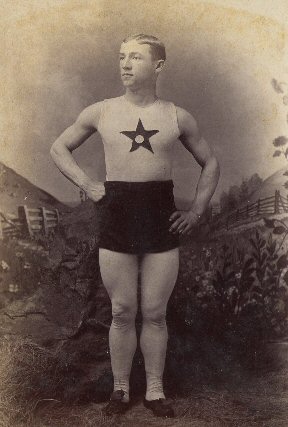