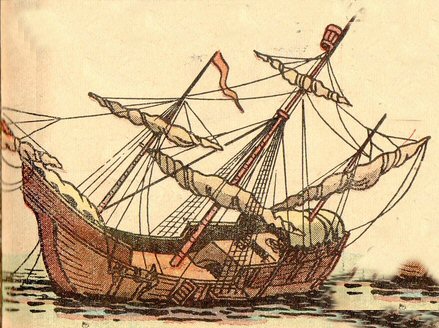 â€œAh, but look! The stricken ship has been abandoned by its crew. Their puddings had been over-egged and they all fell into the sea. And they were swallowed up each one, and fed the monsters of the deep. Now not a trace of them remains, except bones strewn on the ocean floor, and their stricken ship above, pecked at by indifferent auks.â€