Something that has always puzzled me about the famous story in which the quick brown fox jumps over the lazy dog is its lack of detail. Ever since it first appeared in The Michigan School Moderator in 1885, it has been a popular and well-known story, and I would guess that most people know its basic outline. There is a fox which is quick and brown, and it jumps over a dog which is lazy. Even the most harebrained dimwit can understand that, and it is made all the more vivid by being told in the present tense. That gives it a sense of immediacy, such that we could almost be present, witnessing the fox jumping over the dog.

Yet I cannot be alone in thinking that the tale leaves too many unanswered questions. Of course, as sophisticated readers we do not necessarily want everything handed to us on a plate. We expect to do some work, and part of the pleasure of a tale well told is that we may well have to exercise our imaginations to fill gaps, to flesh out details, to complete a picture which is only hinted at. But in the story of the fox and the dog there is so much missing from the narrative that we are ultimately dissatisfied.

Even the few details we are given beg further questions. How quick is the fox, exactly? Quickness is surely relative. Is the fox quicker or slower than, say, a tortoise or a steam train? Does it move with the swiftness of a javelin through the air, or of a cheetah? Without having any moving object to compare it with, we have no idea of its speed.

The only other thing we know about the fox is that it is brown. Well, that tells us little, given that there are innumerable shades of brown, from umber to dun and from dun to umber, and all sorts of others I cannot be bothered to list. If we were to grab hold of the fox and hold it up against a paint chart, a grid of squares of various shades of brown, where would we stop and cry “Aha! Look how closely the colour of this fox struggling in our grasp and attempting to bite our wrist matches the colour of that square, such that if we painted the room with it from floor to ceiling we would render the fox invisible!”? We do not know the answer to that question.

Things are even less satisfactory in the case of the dog. At least with the fox we are given two snippets of information, vague as both those snippets may be. But all we are told of the dog is that it is lazy. It is true that, being a personality trait, the imputation of laziness tells us more – much more – about the character of the dog than we ever learn about the character of the fox. Insightful as this may be, however, it is meagre pickings.

Thus we have several questions directly related to what little we do know. How many more are thrown up when we consider what we are not told! What manner of dog is it? Is it asleep or awake? Has it been recently fed? Is it sound of limb? Does it wear a collar to which is affixed a small round metal tag with its name engraved upon it? Is it a homeless stray? Where the hell is the damned dog anyway? On a lawn? Outside a kennel? Inside a kennel? As the questions multiply, we begin to lose patience with the dog. If it were real rather than fictional, we would be tempted to kick it, or at least to throw a stick for it to go and fetch, were it to overcome its idleness. As a dog in a story it leaves much to be desired. One thinks, briefly and fugitively, of the hound of the Baskervilles, or the lapdog belonging to the lady in the Chekhov story. No doubt you can add your own fictional dogs. By any measure, the lazy dog in the present story is a pretty sorry specimen.

We may posit a similar, and endless, list of questions about the fox, if we are so minded. Frankly the prospect is wearying. The sad fact is we know in advance that repeated readings of the story will help us answer none of them.

If we put aside both the fox and the dog, and consider in isolation the action of the story, we realise how feeble it is. We have as much idea of the motivation of the fox, in jumping over the dog, as Tippi Hedren had about that scene in The Birds where her character Melanie Daniels inexplicably enters a room full of savage frenzied birds. At least Tippi had the wit to ask Alfred Hitchcock why on earth Melanie would be so stupid. We do not know if the fox is being equally stupid, or wise, or perhaps merely playful. It might be larking about for no apparent reason. But as readers, we want to know.

I must confess that I became so exasperated with the writer that I determined to send one of my notorious Letters of Remonstrance. Recipients, among them Jeanette Winterson, Will Self, and the late Iris Murdoch, are known to quake in their boots and make abject promises to mend their ways. Then I recalled that the story of the fox and the dog was originally published in 1885 and thus, barring a freak of nature, the author was almost certainly dead and gone to that place from where none return except zombies. I pummelled a cushion in my frustration.

My next step will be to go to the Wolverine State and to trawl through the archives of The Michigan School Moderator, hoping to lay my hands on working notes, early drafts, and possibly alternative versions of the tale. Then I intend to publish a long overdue critical edition, annotated with scholarly notes, of at least eight hundred pages, including colour plates with mezzotints of a fox (quick and brown) and a dog (lazy). I think I shall ask eighty-two-year-old Tippi Hedren to write the foreword. 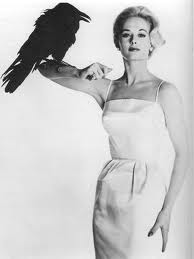 3 thoughts on “On The Fox And The Dog”