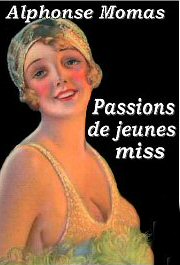 Mr Kearney, firing from both barrels, demolishes pseudonyms like a cowboy smashing bottles in a bar-room, and woven into his staid bibliographical canvas is a host of colourful figures, shorn of their aliases: authors, publishers, illustrators, booksellers, who have had a hand in this bizarre trade almost since the invention of moveable types. Perhaps the strangest of these is Alphonse Momas, a hack-pornographer or ‘pisse-copie’. . . who wrote no fewer than forty-five books in the [Private Case] and whose output was so prolific that he had to use nine pseudonyms: Le Nismois, Tap-Tap, Cain d’Abel, L’Erotin, Fuckwell, Un journaliste du siècle dernier, Mercadette, Pan-Pan, and Trix. Mr Kearney tells us Momas was a civil servant attached to the Paris police and that he devoted himself to spiritualism in later life. I recall reading, in some attack on spiritualism, perhaps one of Fr Raupert’s spirited diatribes, of a clergyman much given to the practice of automatic writing who, to his distress, found his hand suddenly impelled by an agency capable only of the grossest indecencies. Each day on awakening from the trance into which he had thrown himself, pen in hand, in humble expectation of exploring life beyond the veil, he discovered he had been delivered of page after page of writings of the lowest and most shocking kind. Perhaps it was the spirit of Tap-Tap’, ‘coming through’.

Timothy D’Arch Smith, in a review of Patrick J. Kearney’s The Private Case : An Annotated Bibliography Of The Private Case Erotica Collection In The British [Museum] Library, collected in The Books Of The Beast (1987).