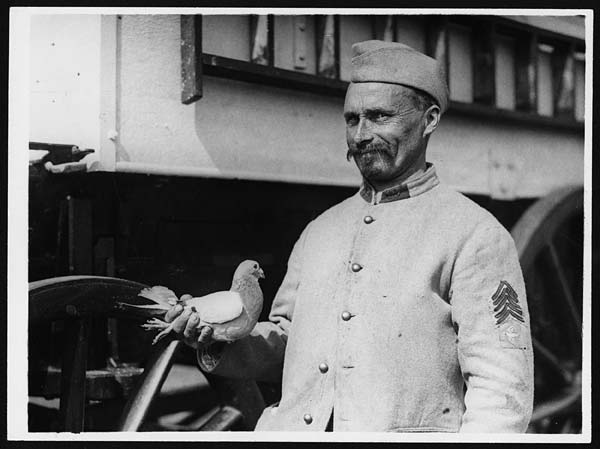 There will be much soul-searching among US Republicans as they seek to account for their defeat in the presidential election. A variety of factors will be blamed, a variety of prescriptions for future strategy put forward. They could save themselves much time and much agonising by paying heed to Hooting Yard. The reason Mitt Romney lost is clear. As with so many things, oh! so many, there is a simple ornithological explanation.

Readers will probably be aware that hot on the heels of the US election, the Chinese too are ushering in their new leadership. As is the way with people’s republics, the people themselves have absolutely no say in the matter. The Chinese government is appointed, every ten years, by the all-powerful Party. As communists, the Party bigwigs clearly know what is best for the little people, hence the absence of such bourgeois twaddle as voting booths and ballot boxes.

As part of this authoritarian approach, the Party is keen to ensure the people do not get any funny ideas about possible alternatives. Thus the BBC Today programme this morning reported that an instruction has been issued nationwide. All Chinese pigeons are to be kept encaged until the end of the Party Congress, to foil the possibility of pigeons being used to carry propaganda leaflets from place to place, thus stirring unrest.

Now, we know the Asiatic peoples are extremely fond of their birds and poultry, and it is undoubtedly the case that the domestic pet pigeon population of China is far, far greater than its United States equivalent. Nevertheless, we should not discount the tremendous power of propaganda in the form of a leaflet tied to the leg of a pigeon swooping down from the sky. Which of us would be immune to the message borne to us by so spectacular an agency? Television, the press, Het Internet, the mass media in general may overwhelm us, but nothing can approach the sheer spellbinding thrill of a communiqué delivered to us tied to the leg of an avian herald swooping down from the wide blue empyrean. The Chinese Communist Party understands this.

It seems quite clear that the first thing Mitt Romney ought to have done, having won his party’s nomination to run for president, was to arrange for the encaging of the entire American pigeon population. Ah, you will argue, but Romney was merely the candidate, without the necessary powers. I say, Pish! Politics is a dark art, and such technicalities should not be used as excuses. All the Man in the Mormon Underpants need have done is to have his backroom team devise forged official announcements.

Americans, of course, do not take kindly to orders from central government, so a hardline approach would not have worked. A command such as “Cage your pigeon now, on pain of death for both you and the pigeon!” would have been torn up and cast into the waste chute by the majority of pigeon-owners. A more subtle approach, appealing to traditional American values, would be far more effective. “A caged and flight-inhibited pigeon is an American pigeon!” is a slogan that might work, as is “In the land of the free, pigeons stay cooped up!”

Without such a plan, with every day that passed, no doubt the Obama campaign was busy tying messages to the legs of pigeons in every hamlet and town and city in every state across the land, from sea to shining sea. By the time election day dawned, the damage was done.

Instead of grounding the birds in their coops and cages, could Romney have countered with his own troop of pigeons, carrying the Republican message? After all, pigeons themselves have no party affiliation, or indeed any affiliation whatsoever other than a fondness for pecking millet, making somewhat sinister burbly cooing noises, flying hither and thither, and defecating copiously. Tie a message to a pigeon’s leg, either in writing or pictograms, and the bird will not actually try to read it. Remember, they have incredibly tiny brains in their tiny birdy heads. They will simply soar away into the sky and carry the message wherever they are sent. So, yes, in theory, the Republicans could have stolen a march on their rivals by harnessing pigeon propaganda power. Why didn’t they?

It is no accident, I think, that there is absolutely no reference to pigeons in the Book of Mormon. I have checked in An Exhaustive Concordance of the Book of Mormon, Doctrine and Covenants, and Pearl of Great Price (1977), which helpfully lists all the words – 5,596 of them – and the number of times each one appears in that very sensible book. Given Mitt Romney’s sincere devotion to his faith, we can conclude that he is very probably unaware of the existence of pigeons. If Joseph Smith had no occasion to mention them when he transcribed the contents of the golden plates, then they are clearly outwith God’s plan, and can be ignored, even actively shunned. Thus were the seeds sewn of Romney’s defeat.

This, then, is the single crucial lesson the Republicans must learn before the election of 2016. They have to bite the bullet and acknowledge the existence of pigeons. That is the first step. Take that step, and all else follows. They can then decide to campaign on the basis of nationwide pet pigeon encaging and encooping, or tie their own messages to the legs of these filthy avian pariahs and let them fly free. But they must do one or another. It is the pigeons who will win the election, as they have just demonstrated.

2 thoughts on “On Why Mitt Romney Lost”