If you know where to look, you will find, somewhere in the deep and dark and wet vastness of the sea, Triton, surrounded by minnows. You will need a boat and some diving gear. Now it is said there are seven seas, so you will ask which one you should plunge into, and some will tell you to try the Aegean Sea, for that is where Triton has been rumoured to hold court. But others place him elsewhere, and in any case, if you think about it for half a second, there is only one big deep dark wet sea, seven-tenths of the globe, all the so-called seven or however many seas flowing into one another. Somewhere down there, deep below the surface, is Triton, with his minnows.

Triton is fond of the minnows, for, being very tiny fish, like dabs, their presence around him, swarming in shoals, serves to exaggerate his own colossal Goddy stature. The sea, as you know, is vast, it is enormous, and even a God like Triton is swallowed up in all that water. He might roar like a great wild beast through his conch shell, and make a tremendous racket, but even so, the sea is huge enough to lose him in it.

That is why you have to know where to look. That is why you do not catch sight of Triton, with his conch shell and trident, and his minnows, whenever you plunge into the sea and submerge your head and look about you. You might see minnows, or indeed dabs, but they are no guarantee that Triton is nearby. Only certain minnows, those that are hopelessly lost in admiration of Triton, swim in his surrounding waters. Other minnows, in fact most of them, couldn’t care two pins for Triton, and are happy to go about their minnowy business hither and thither in the sea, with never a thought to bask in the reflected glory of a God. Precisely what kind of thoughts spark in the brain of a minnow is a profound mystery. I doubt we would understand them even if we knew what they were.

As for the brain of Triton, that too is something of a puzzle. If you were a God, with Godlike powers, would you choose to spend your time somewhere in the deep and dark and wet vastness of the sea, clutching a conch shell and a trident, your shoulders barnacled with sea-shells, surrounded by minnows? I suppose you might. Such a life has certain advantages, chief of which is that you would not be pestered constantly by puny humans. As I have suggested, it is the devil of a job to find Triton down there, even if you have the requisite boat and diving gear. In all my countless conversations with ancient mariners and seafaring folk, whom I buttonhole on the piers and jetties of seaside resorts and docks and harbours, I have yet to meet with one who has clapped eyes on Triton – or, at least, one whose tale stands up to the merest scrutiny. Oh, they will tell all sorts of tales, these seafaring folk, and I have listened to most of them. I listen, and then I dip my little net into the sea and scoop out a minnow, and take it home to toast it for my tea. 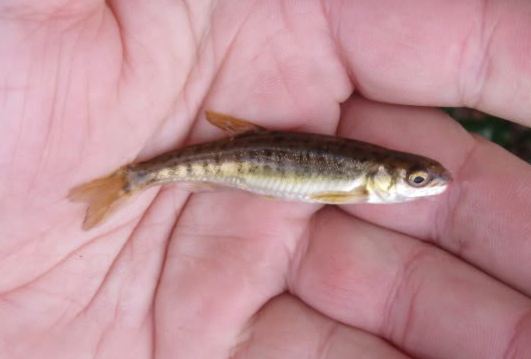 One thought on “Triton Among Minnows”