For reasons too convoluted for my puny pea-sized brain to comprehend, I found myself the other day embarking on a spot of research into the Norwegian writer Alf Prøysen (1914 – 1970). He is best known for his tales of Little Old Mrs Pepperpot, a woman who every so often shrinks to the size of a small teaspoon, which explains her original Norwegian name of Teskjekjerringa, or the teaspoon lady. In looking through a list of pot-spoon-woman stories, I was struck particularly by the one entitled Mrs Pepperpot Buys Macaroni.

It is worth noting here that, if ever one were stupid enough to trust the Wikipedia, this is a perfect example of its unreliability. As any fule kno, the true title of the tale is Mr Pepperpot Buys Macaroni.

Be that as it may, Mr or Mrs, the important thing is that Prøysen, wittingly or not, invented a completely new fictional genre, the “buying macaroni” story. In the years since Mr Pepperpot, or Mr Teaspoon or whatever his name is, went out and bought that macaroni, it is a theme which dozens, if not hundreds, of creative artists have found rich and rewarding. Novels, plays, films, ballets, operas, opera bouffes, art installations cobbled together from grainy black-and-white video tapes and coathangers, all have been grist to the buying-macaroni-artist’s mill. Bloody hell, even the greatest visual artist of this or any other generation, Steve McQueen, is said to be following the most brilliant film ever made by anybody anywhere, 12 Years A Slave, with an even more brilliant film, 12 Years Buying Macaroni. And not only that, but McQueen is paying homage to Prøysen by casting in the lead role the greatest musical genius of our times, Tinie Tempah. Mr Tempah is reportedly as tiny as Mrs Pepperpot during her teaspoon-shrinkage phases. At least that is my understanding.

A poor scribbler such as myself cannot, of course, hope to compete with these titanic geniuses, but in my own tiny way I hope to make a modest contribution to the genre with a piece called Dobson Buys Macaroni. I have already refilled my propelling pencil in preparation. 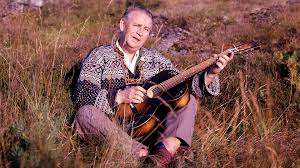 One thought on “Buying Macaroni”