Last night I dreamed of Sir Maurice Bowra (1898 – 1971). When I awoke, this morning, I had to look him up to find out who he was. When I went to sleep last night, his was a name I knew, that I had come across here and there over the years, but I could not have said I knew anything about him.

In my dream Bowra was hanging about on the street wit a man named Henderson and a third party whose name was not divulged. Bowra had lank sandy hair and looked not unlike the actor David Warner. But in reality, he was “built like a sandbag, … short and square with no neck and possessed a huge bittern booming voice”. This is what he really looked like. 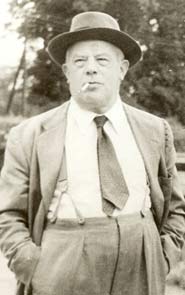 One thought on “Bowra”