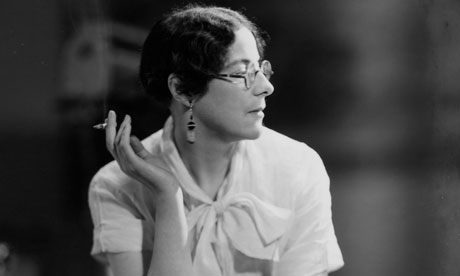 In 1946, Sylvia Townsend Warner – superb novelist and archetypal posh communist – received, as a Christmas present from Alyse Gregory, an empty matchbox. This is her letter of thanks:

Usually one begins a thank-letter by some graceless comparison, by saying, I have never been given such a very scarlet muffler, or, This is the largest horse I have ever been sent for Christmas. But your matchbox is a nonpareil, for never in my life have I been given a matchbox. Stamps, yes, drawing-pins, yes, balls of string, yes, yes, menacingly too often; but never a matchbox. Now that it has happened I ask myself why it has never happened before. They are such charming things, neat as wrens, and what a deal of ingenuity and human artfulness has gone into their construction; for if they were like the ordinary box with a lid they would not be one half so convenient. This one though is especially neat, charming, and ingenious, and the tray slides in and out as though Chippendale had made it.

But what I like best of all about my matchbox is that it is an empty one. I have often thought how much I should enjoy being given an empty house in Norway, what pleasure it would be to walk into those bare wood-smelling chambers, walls, floor, ceiling, all wood, which is after all the natural shelter of man, or at any rate the most congenial. And when I opened your matchbox which is now my matchbox and saw that beautiful clean sweet-smelling empty rectangular expanse it was exactly as though my house in Norway had come true; with the added advantage of being just the right size to carry in my hand. I shut my imagination up in it instantly, and it is still sitting there, listening to the wind in the firwood outside. Sitting there in a couple of days time I shall hear the Lutheran bell calling me to go and sing Lutheran hymns while the pastor’s wife gazes abstractedly at her husband in a bower of evergreen while she wonders if she remembered to put pepper in the goose-stuffing; but I shan’t go, I shall be far too happy sitting in my house that Alyse gave me for Christmas.

Oh, I must tell you I have finished my book—begun in 1941 and a hundred times imperilled but finished at last. So I can give an undivided mind to enjoying my matchbox.

P.S. There is still so much to say…carried away by my delight in form and texture I forgot to praise the picture on the back. I have never seen such an agreeable likeness of a hedgehog, and the volcano in the background is magnificent.