Approaching his seventieth birthday, Robert Wyatt has reportedly decided to “stop making music”. The writer Richard Williams rang him up to confirm if this was true. Wyatt responded with an anecdote

about the novelist Jean Rhys, who, after a long period of inactivity, responded to her publisher’s gentle suggestion that she might like to write another book by asking him if he’d enjoyed her last one. “Yes, of course,” he answered. “Well, read it again,” Rhys said.

Indeed. I will be taking up the invitation (the command?) to listen again to Wyatt’s extensive back catalogue. He was one of my earliest musical uberenthusiasms, from the day in the very early 1970s when my older brother came home clutching a double-album reissue of Soft Machine Volumes One and Two. (Side one of the latter remains one of my putative Desert Island Discs.)

Just as the career of the out of print pamphleteer Dobson is intertwined with his inamorata and Muse, Marigold Chew, so we must never overlook the contribution of Alfreda Benge to Wyatt’s work. I was once asked to name my favourite painting. It wasn’t an Old Master or modernist masterpiece from one of the great galleries. It was – still is – Benge’s cover for Ruth Is Stranger Than Richard (1975). (Click for huge version.) 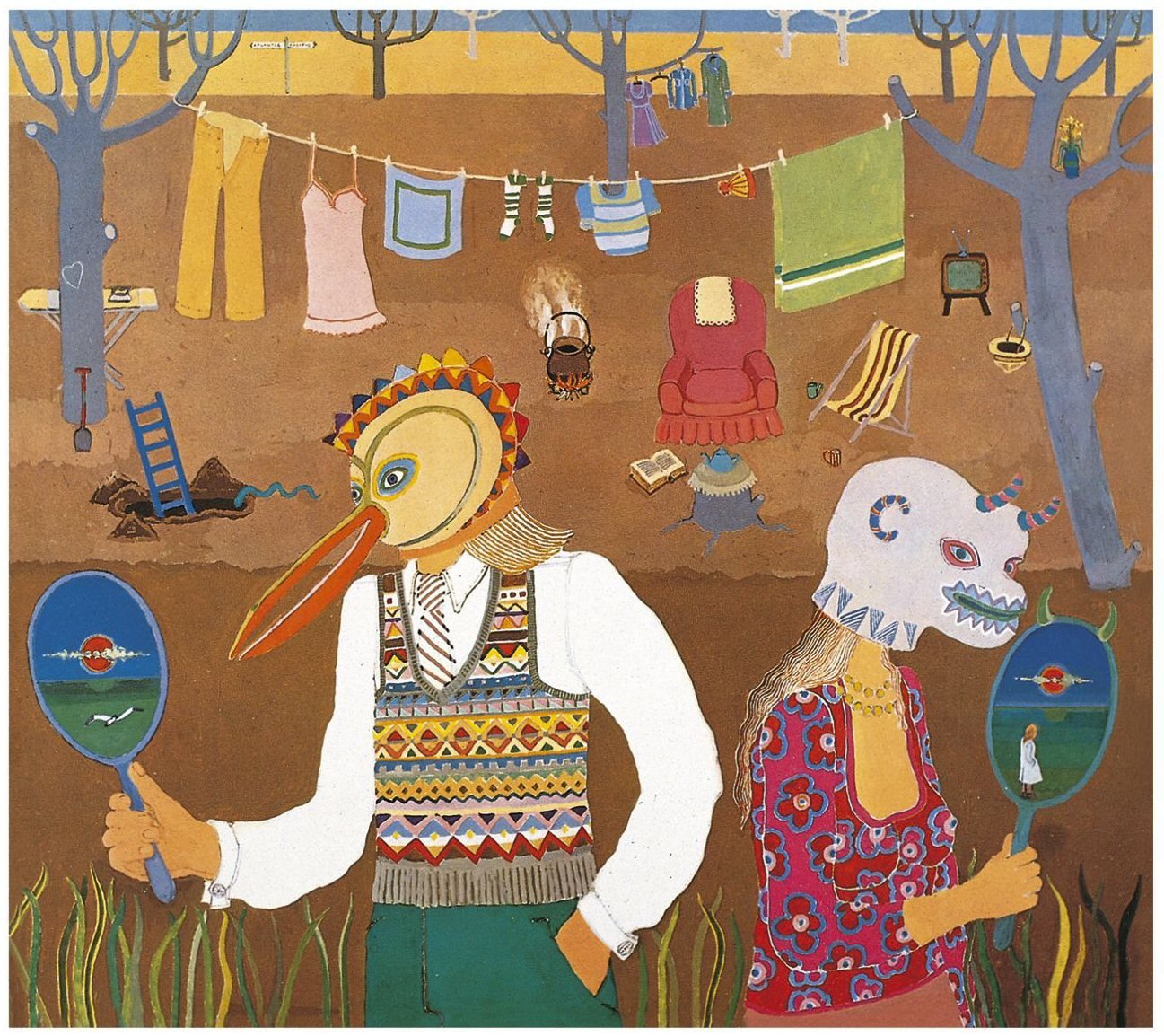