Hooting Yard devotee Alasdair Dickson saw a ghost. Fortunately, in spite of his terror, he had the presence of mind to take a snap, and he has donated the exposure to the Hooting Yard Spirit Photography Bank. Here it is. The spectral presence of a ghoulish phantom is clearly visible executing a woohoodiwoodiwoo manoeuvre behind an Edinburgh municipal bench. 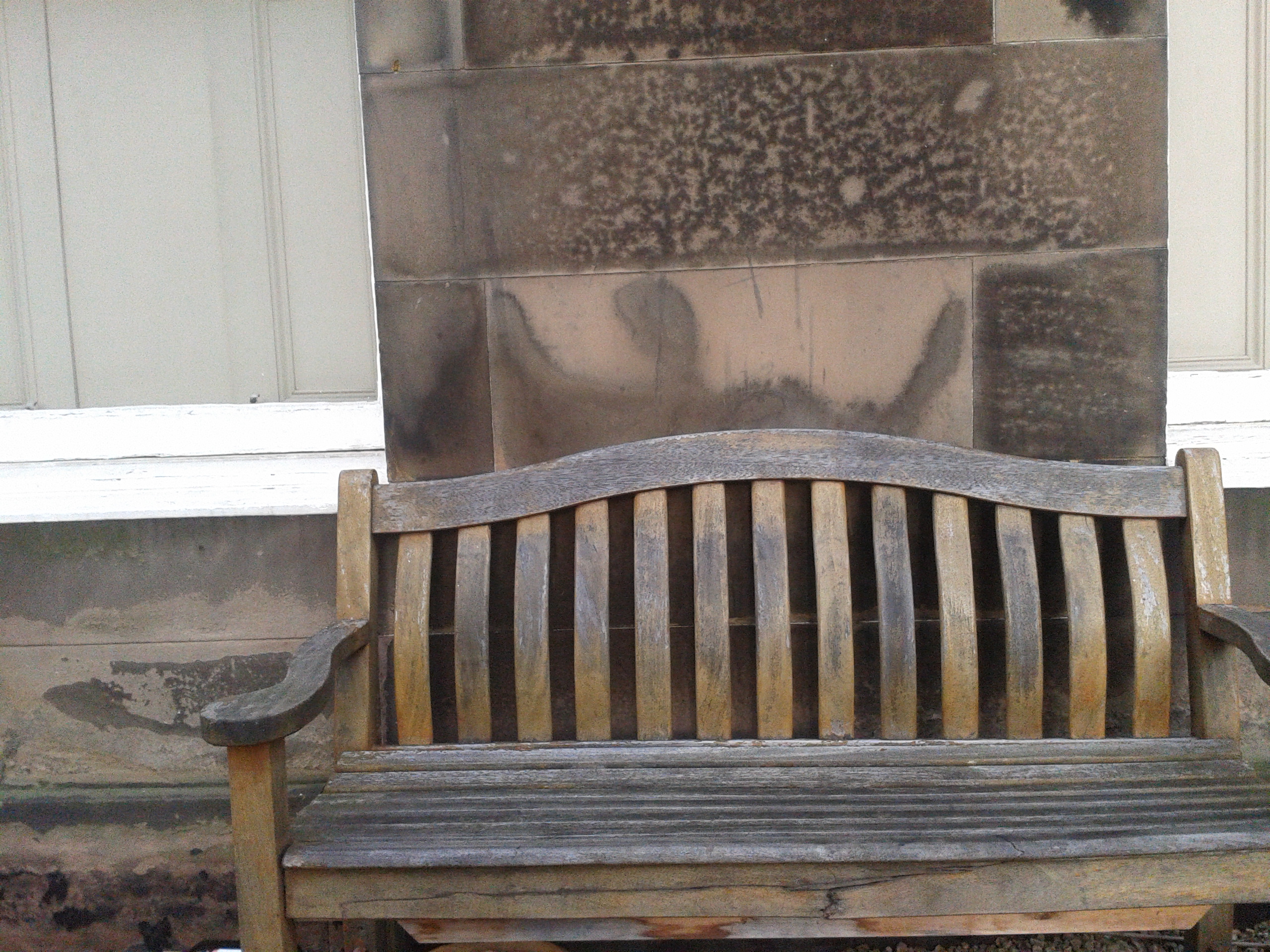 Speaking of ghosts, over the past few years I have read quite a few books on spiritualism and the paranormal in the Victorian era and the first half of the twentieth century. A striking feature of the material is that, almost invariably, mention is made of Harry Price. Wishing to discover more about the “veteran ghost-hunter” than was divulged in scattered references, I obtained a copy of Search For Harry Price by Trevor H. Hall (Duckworth, 1978). What a hoot! The book proves to be a sustained character assassination, demonstrating in forensic detail that Price was a liar and a fraud and a charlatan, not only in the field of ghost-hunting, but, earlier in his life, as a numismatist, archaeologist, and book-collector. It is a highly entertaining read, and I have not yet arrived at the part, promised in the preface, where Hall examines “the ridiculous Brocken affair … the ‘magical experiment’ in the Harz Mountains in which a goat was supposed to change into a beautiful youth (which attracted some 800 press reports in over a dozen countries)”. I will tell you all about that in due course.