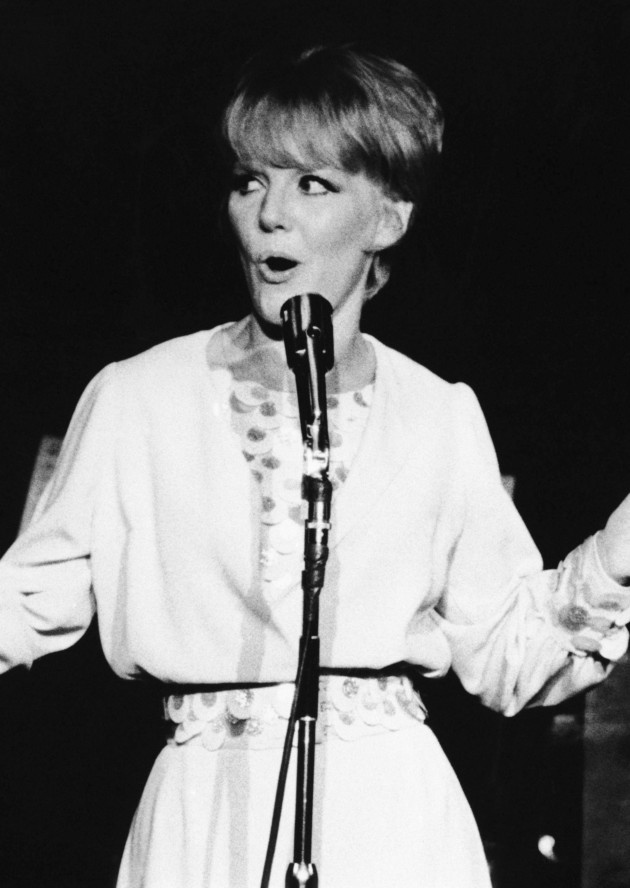 For more years than I could count, my Petula Clark files had lain undisturbed in a remote secure storage facility guarded by wolves. It would be a platitude to say that the files were “gathering dust”. It would also be untrue, for the storage facility was a dust-free one. The precise details of how this dustless state was achieved elude me, though no doubt it had something to do with the janitor’s proud boast that he kept a trained swarm of dust-gobbling bluebottles.

It was this very same janitor who came hammering at my door one morning, waking me from uneasy dreams. I cannot recall precisely what figments in my sleeping brain so unnerved me, though bluebottles and Tony Blair and a bag of frozen crinkle-cut oven chips were all involved. I doused these phantoms by plunging my head into a pail of ice-cold water, then pranced like a ninny downstairs to answer the hammering.

The janitor was gaunt and had the appearance of a wistful stickleback. If you find that a difficult image to visualise, fetch a pencil and a piece of paper and execute a sketch. Now do you see?

The ostensible purpose of the janitor’s visit was to canvass for the Communist Party. I was not aware that there was an election in the offing, and told him so. He gave me that wistful stickleback gaze (see sketch) and muttered inanities. Nevertheless, I invited him in for a cup of boiling hot tap water and a biscuit. I do not receive many visitors, so when I do I like to lavish them with such hospitality as I can muster. I also considered that an early morning conversation with a Communist might help to dispel the last few vestiges of my uneasy dreams still swirling in my head.

It was during the course of our discussion, when the janitor had exhausted the topics of imperialist lackeys and tractor production and ballet in the evenings, that he made mention of my Petula Clark files. What, he wanted to know, was my purpose in keeping them for so long, neglected and unattended? I have to admit that I had no ready answer to this question. I had no idea why I clung on to these six or seven Petula Clark files, each one a buff cardboard folder containing a single press clipping about Petula Clark, the original five or six files augmented at a slightly later date by the sixth or seventh which held a colour photograph of the chanteuse snipped from a colour supplement.

I have been asked, from time to time, or, as per another singer, Cyndi Lauper, time after time, why I cannot be specific about the precise number of Petula Clark files, given they are so few. The truth of the matter is that I have so little interest in Petula Clark that I have never bothered to make a tally of the items in my collection. It is for the same reason that, having placed the Petula Clark files in storage, I very seldom trekked out to that remote facility to consult them. Indeed, I could not remember the last time I had visited, and nor could the janitor. It may be pertinent that I have yellow jaundice, as has the janitor. He is also green about the gills, but I am not.

The janitor lost patience awaiting from me a reply which did not come, and he got up to leave. He excused himself by saying he had to attend the public humiliation of a bourgeois lickspittle. I think he was telling the truth, for I had noticed he was carrying a hooter in his knapsack, of the sort used to amplify imprecations and insults at deafening volume at close range to the ears of bourgeois lickspittles. I had once been accused of being such a lickspittle myself, and it was only by dint of pomposity and bribery by pastry delicacies that I escaped censure.

Alone again, I fell to thinking. Usually, of course, in these circumstances I would think about wolves and their ways, but the janitor’s query had turned my mind to Petula Clark, or rather to the files I kept on her, and had kept, through thick and thin, over many decades. Would I not be better off removing the files from the remote secure storage facility and consigning them to a rubbish tip? Or, if I did not want them to go to waste, could I not burn them in my grate, and at least profit from a short period of welcome heat on one of the long winter nights when I shivered in my armchair, wrapped in several cardigans and two different woolly hats?

Yet to discard or to destroy the Petula Clark files seemed to me both, somehow, to be unconscionable acts. I did not care very much for Petula Clark, and it was exceedingly unlikely she would ever learn of the files I kept on her, but what if she did?, what if she did? I think it is fair to say she would be distraught, albeit only mildly – though who can say? – and I had no wish to cause Petula Clark distress. I wish no pain upon anybody, unless it be a thief bent on breaking into the remote secure storage facility to pilfer my Petula Clark files, who will be savagely attacked at the perimeter fence by my trained, if not yet electrified wolves, and richly deserve to be torn to bits by their sharp and merciless fangs.

No, it seemed to me that what I ought to do, what I ought to have done years ago, was to make good use of the Petula Clark files. But what use? In a flash of inspiration, I realised what I needed to do. I would devise a Petula Clark project, an activity which would not only keep me occupied in the twilight of my years but would also make full, novel, and innovative use of the materials in the Petula Clark files. I sprang up from my chair and cut three or four brisk capers around the room, as if I was James Boswell getting up in the morning. And then, panting with exertion, I resolved to embark upon the Petula Clark project without delay.

But the years have taken their toll, and my resolve was no longer the manly Jack Hawkins stern-jawed resolve of my more youthful days, when I had resolved, successfully, to find an efficient storage method for the Petula Clark files. I was winded from my capers, and I slumped back in my armchair, panting like a wolf. Shortly thereafter, I fell asleep.

I am happy to say I did not dream of bluebottles and Tony Blair and a bag of frozen crinkle-cut oven chips. I dreamed, instead, of Petula Clark, and the files, and the project I would devise once I awoke. At the time of writing, I am still asleep, effectively, if we consider that anything other than full bright brilliant bedazzling enlightened clarity of all five senses in a blaze of utter receptivity to the gorgeous world is a form of sleep. But when I do wake up, fully, ah, then …