A letter plops on to the mat, signed – with a flourish – by someone who wishes to be known only as “Processed Cheese Enthusiast”.

Dear Mr Key, it reads, You are rightly regarded as a fount of all wisdom and an acknowledged authority on just about any subject one can shake a stick at. At least, that is what I have been told, by an acquaintance of mine. Well, not an acquaintance, exactly, rather a fellow I bumped into on a canal towpath when I was out walking my dog. It’s not a real dog, more of an imaginary one, made out of paper like the adopted children of Arthur Cravan and Mina Loy, but by god it’s a faithful hound. Anyway, the point is that I wasn’t looking where I was going and I collided with this chap, who bore a striking resemblance to one of the figures on the periphery of a Pièta painted by one of the Renaissance painters, though I can’t remember which one. Following our collision, he toppled into the canal, and after I pulled him back on to the path we fell into conversation. At first this mainly consisted of recriminations and dark threats of violence, but things soon settled down and we strolled amicably along chattering away like a couple of chattering birds. I would give you the name of the birds, but I know nothing of ornithology.

Before we parted, near a telephone kiosk, the man mentioned, out of the blue, that you are rightly regarded as a fount of all wisdom and an acknowledged authority on just about any subject one can shake a stick at. I wondered for a moment if he had taken leave of his senses, so I rattled off the standard questions – what year is this?, who is the current Prime Minister?, how much is that doggie in the window? – and he seemed compos mentis. I made a note of your name in my pocketbook, for future reference.

The future has now arrived. When I sprang out of bed this morning, I had a burning question in my head, to which I did not know the answer. As I shovelled my breakfast down my gob, I recalled my encounter with the man on the canal towpath, and that he had recommended you as a peerless source of information on everything under the sun. So as soon as I had completed my post-breakfast digestive exercises, I rummaged about in the various pockets of my various jackets until I found the pocketbook in which I had written down your name. Now you will be agog wondering what it is I wish to ask you.

Well, Mr Key, it is this. As you know everything there is to know, I can safely assume that you are familiar with the Laughing Cow brand of processed cheese triangles, of which I am a great enthusiast. Just in case, I have enclosed with this letter a sample of packaging. 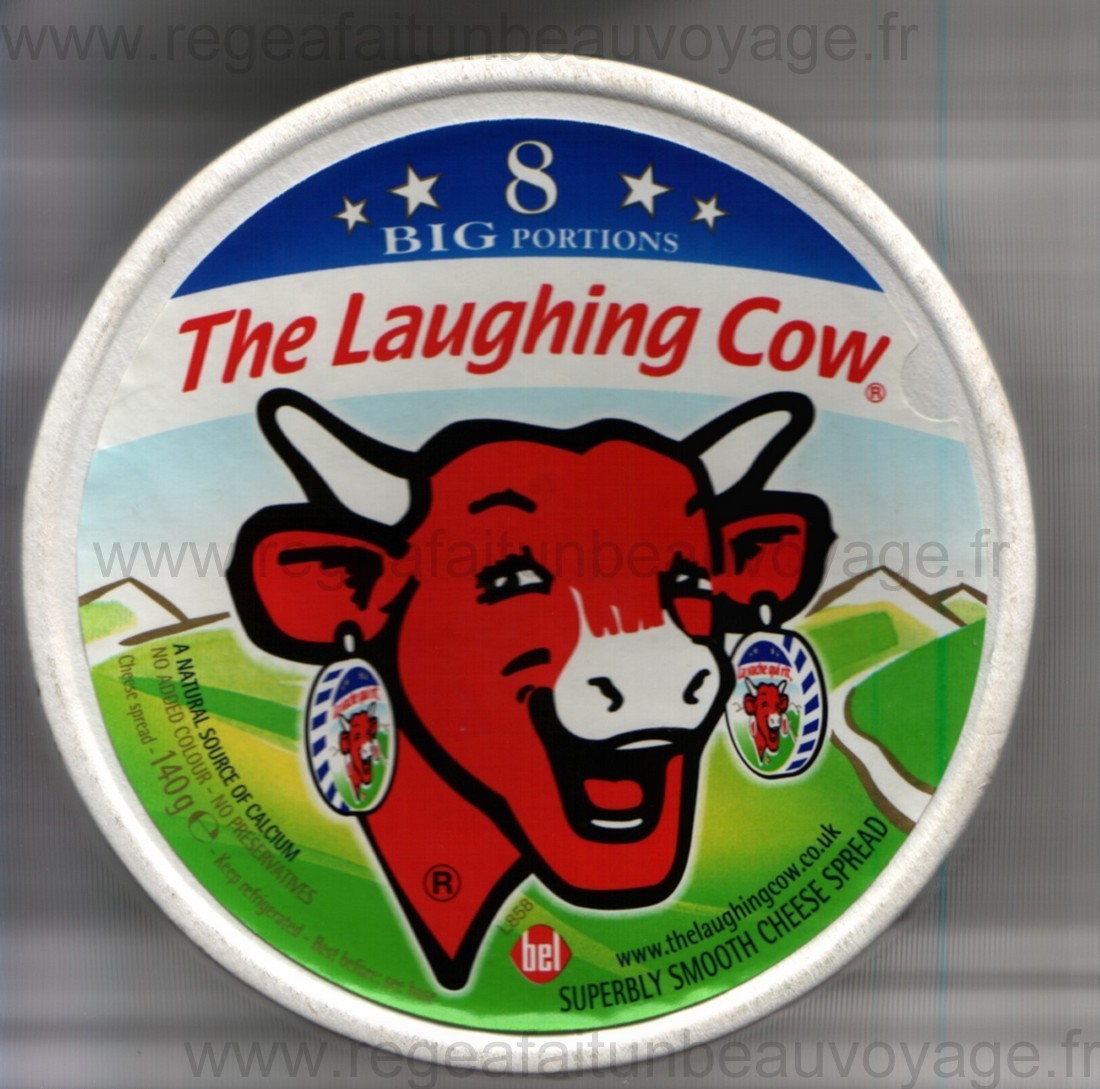 You will note that the cow on the Laughing Cow container is indeed laughing. You will also note, though it is not strictly relevant, that the cow is sporting a pair of earrings which, unlikely as it seems, are formed of a couple of packets of Laughing Cow processed cheese triangles. That is not something you see every day, is it? The question that has been raging in my brain since I woke up this morning is this: what is the cow laughing at? I feel sure you will know the answer, because the man on the canal towpath who I accidentally knocked into the canal told me that you know pretty much everything about everything and willingly share your knowledge with anybody. So please put me out of my misery and for God’s sake enlighten me. What is it that so amuses the cow?

I shall be replying privately to “Processed Cheese Enthusiast” shortly. If any other readers have queries about cow-related matters, or indeed cow-unrelated matters, please feel free to drop me a line.

One thought on “The Laughing Cow”