In her comment on yesterday’s Tale of Popsy the Pony, Pansy Cradledew berates me for failing to give the name of the squid. I accept that this was an unforgivable omission and fatally undermines what might otherwise have been a classic text destined to be read and reread and rereread throughout the ages. Thus I am more than happy to inform Ms Cradledew, and other readers – if there are any – that the slobbering squid is named Neville Mossop. Neville is quite a common name in the squid population, Mossop less so.

Neville Mossop also happens to be the name of the young scamp seen chasing a swan on a new piece of signage in St James’s Park. He was chosen from a pool of over a thousand applicants to appear on the sign. There is some evidence that the pool was the very same pool into which Neville Mossop (the squid) slithered, after devouring Popsy the Pony, but this has yet to be confirmed. 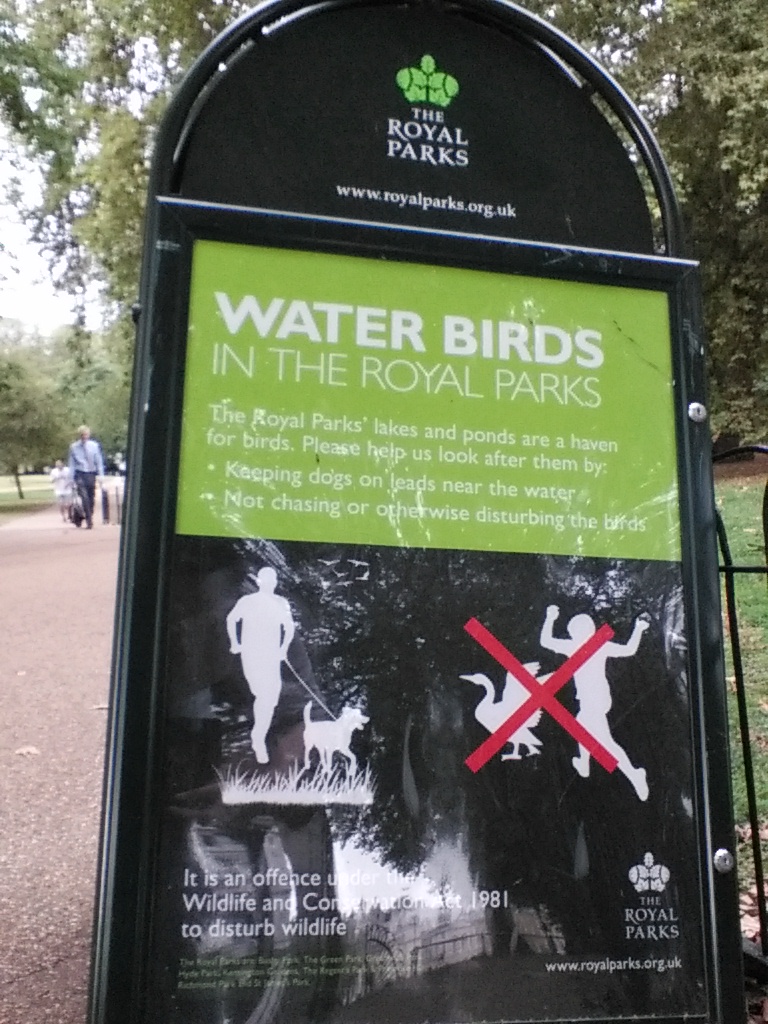 This is one of the so-called “truncated limericks” in the Beerpint book, entitled Truncated Limericks By Dennis Beerpint, Daddy-o! Towards the end of the book, there are a number of what the winsome versifier calls “severely truncated limericks”, such as:

In a review of this slim volume, critic Stockard Owlhead writes: “Dennis Beerpint is an utter nitwit”.

Do you have any exciting Neville Mossop information? Do not on any account share it. Just keep it to yourself, you pimpled popinjay!