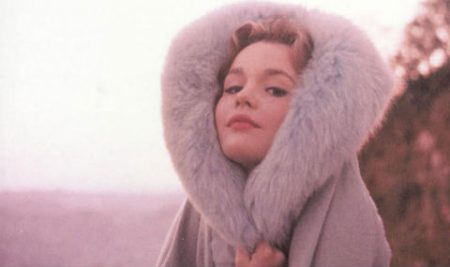 Tuesday Weld Goes Berserk is the title of a puppet show created by the noted glove-puppeteer Dot Glovepup. It acts as a companion piece to her earlier, award-winning show Googie Withers Goes Haywire, and has proved equally controversial. Both shows are clearly indebted to the traditional Punch And Judy format, with squeaky, braying voices and demented violence. Dot Glovepup has been forced, in both cases, to add a prominent programme note declaring that “any resemblance to actual persons, living or dead, is purely coincidental”.

Tuesday Weld Goes Berserk is divided into three acts. In the first, the Tuesday Weld glove puppet is presented as calm, placid, and peaceable. Indeed, one could say that she is wholly inert, the better to contrast with the “going berserk” which follows. This opening scene lasts anywhere between four and fourteen seconds, depending – according to the glove-puppeteer – on the mood of the audience.

In Act Three, a police officer attempts to arrest Tuesday Weld, but she scampers away and, dressed in a pink duffel coat, goes cavorting at nightfall on the beach at Deal, skipping about and waving her arms before mincing along the pier and vomiting into the sea, an obvious reference to the haunting image of Carry On actor Charles Hawtrey described in the closing pages of All The Devils Are Here by David Seabrook (Granta, 2002).

Critics have questioned the absence from the puppet show of Tuesday Weld’s first husband, Claude Harz. Dot Glovepup, interviewed for the magazine Characters Ignored In Glove Puppet Shows Weekly, hinted that he may appear in a planned “prequel” glove puppet show featuring both Tuesday Weld and Googie Withers.

Tuesday Weld Goes Berserk is currently showing at a temporary kiosk at the end of the pier at Deal. Admission is free to those wearing pink duffel coats.

NOTA BENE : In the text above, any resemblance to actual persons, living or dead, is purely coincidental.