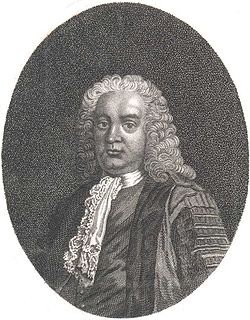 M is for Mead, that is Dr Richard Mead (1673-1754), and also for his Medica Sacra : Or, A Commentary On The Most Remarkable Diseases Mentioned In The Holy Scriptures (1748, posthumously reprinted 1755). Here you can read about the diseases of Job, Jehoram, Judas, Herod, and others, also of palsy, demoniacs, and “the bloody sweat of Christ”. The full text is online, and to whet your appetite here is part of Mead’s chapter on the disease of our old pal King Nebuchadnezzar:

“Those things, which are related of Nebuchadnezzar king of Babylon, appear so surprizing and contrary to nature, that some interpreters have imagined that he was really transformed into a beast. For ‘being driven from the company of men for seven years, his dwelling was with the beasts of the field, he fed on grass as oxen; his body was wetted with the dew of heaven; his hair and nails were grown like those of birds. At length at the end of that space of time, his understanding was restored to him, and he was established in his kingdom, and excellent majesty was added unto him. Now his crime was pride and the contempt of God’ [See Daniel, Chap. iv. and v.]

“All these circumstances agree so perfectly well with hypochondriacal madness, that to me it appears evident, that Nebuchadnezzar was seized with this distemper, and under its influence ran wild into the fields: and that, fancying himself transformed into an ox, he fed on grass in the manner of cattle. For every sort of madness is, as I shall specify more particularly hereafter, a disease of a disturbed imagination; which this unhappy man laboured under full seven years. And thro’ neglect of taking proper care of himself, his hair and nails grew to an excessive length; whereby the latter growing thicker and crooked, resembled the claws of birds. Now, the ancients called persons affected with this species of madness [Greek: lykanthrôpoi] or [Greek: kynanthrôpoi]; because they went abroad in the night, imitating wolves or dogs; particularly intent upon opening the sepulchres of the dead, and had their legs much ulcerated either by frequent falls, or the bites of dogs.”

ADDENDUM : I suppose, given the day, that M ought to have stood for Miliband. Thereagain, if we are to have an M Addendum, I would prefer that it be this quotation from Charles Darwin, from one of his letters : “Would anyone trust in the convictions of a monkey’s mind?”