Any account of Aesop’s foibles is necessarily hampered by the fact that we know so very little about him. Indeed, it is not certain that he ever actually existed. Assuming, for the moment, that he did exist, and made up at least some of the stories attributed to him, we could advance the idea that it is a peculiar foible to bang on about animals having the powers of human speech and reason. It is the sort of conceit a writer might use once or twice, for a particular artistic purpose, but to keep returning to it again and again indicates a low-level mania we could describe as a foible. Then there is Plutarch’s story that Aesop was convicted of theft from a temple and subsequently thrown off a cliff. Charitably, we could say that petty larceny, such as stealing a bitty-bob from a place of worship, is better described as a foible than as the character flaw of the habitual criminal, as revealed by phrenology. But these are slim pickings, and until we are able to discover more about the historical Aesop, we have no basis upon which to impute further foibles to him. 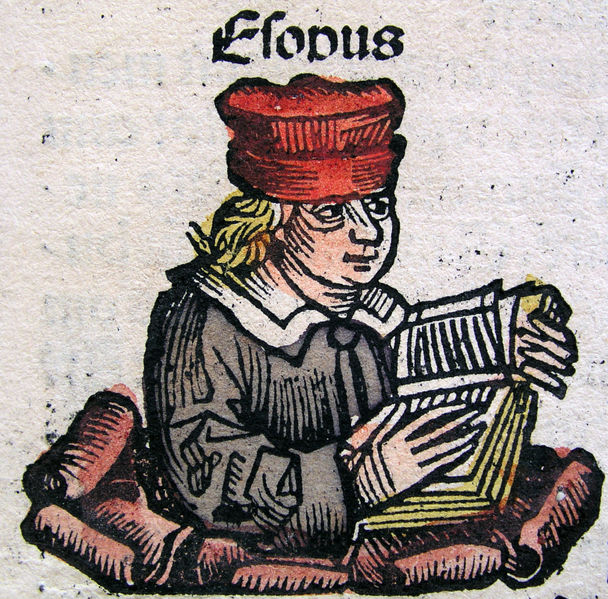