Not only has Hooting Yard been in security lockdown for a week or so, but Mr Key has neglected to keep abreast of the goings-on in those corners of Het Internet to which his fuming brain is usually attuned. I am thus a few days late in drawing your attention to Brit’s excellent piece in The Dabbler on Joyce’s Ulysses.

No mention of that book can ever be allowed to pass without my chucking in the following addenda:

1. Here are extracts from two contemporary reviews of Ulysses, written when it was strange and new:

“The maddest, muddiest, most loathsome book issued in our own or any other time… inartistic, incoherent, unquotably nasty … a book that one would have thought could only emanate from a criminal lunatic asylum” — The Sphere

3. My late mother made a famous pronouncement on Joyce. Born in Belgium, she came to Britain in her early twenties after her marriage to my father. One of the ways she chose to improve her English was by reading through the canon – Jane Austen, the Brontës, George Eliot, Dickens, et cetera. She eventually decided to tackle Ulysses. Casting it aside after a few pages, she declared – after a guttural Flemish expostulation which defies accurate transcription, but sounds more or less like the correct pronunciation in Flemish of the final part of the name Vincent Van Gogh – “James Joyce – dat man is a fool!” 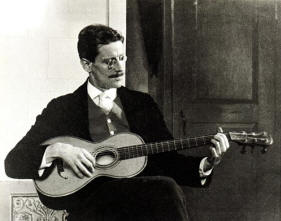