Given that it was published in 1970, Bernard Levin’s The Pendulum Years : Britain In The Sixties is a remarkably clear-sighted view of the decade, and most of his observations and conclusions would hold good even with the benefit of forty years’ hindsight. But pop music (sorry, make that “pop-music”) was not exactly Levin’s strong point, though he makes a tremendous effort to address the phenomenon… 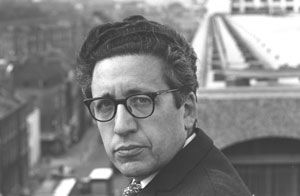 The growth of pop-music groups – many, no doubt, inspired by the gigantic commercial success of the Beatles to believe that the lightning might strike them too, if they only formed fours and began to perform, but many, also, clearly in the business of self-expression – was the most extraordinary phenomenon in the world of entertainment of the whole decade; long before its end there were literally thousands of them, in Britain and America, and though many flourished only briefly, many displayed surprising endurance, and in any case there were always ten to take the place of one which fell. Some were almost as famous, and successful, as the Beatles; some were known only to the most devoted aficionados. But all added to the atmosphere of the decade, and the isle was full of noises as never before, coming from, among others, the Rolling Stones, the Bee Gees, the Monkees, the Doors, the Cream, the Mothers of Invention, the Seekers, the Who, the Small Faces, the Pretty Things, the Animals, the Pink Floyd, the Scaffold, the Grateful Dead, the Tremoloes, the Family, the Supremes, the Holding Company, the Four Tops, the Led Zeppelin, the Shadows, the Exploding Galaxy, the Editors, the Fugs, the Gods, the Kinks, the Hermits, the Paper Dolls, the Breakaways, the Greaseband, the Casuals, the Amen Corner, the Big Sound, the Flirtations, the Herd, the Marbles, the Status Quo, the New York Public Library, the Hollies, the Foundations, the Electric Havens, the Four Seasons, the Bachelors, the Seychelles, the Love Affair, the Fifth Dimension, the Three Dog Night, the Equals, the Vagabonds, the Marmalade, the Mindbenders, the Moody Blues, the Mirettes, the Tuesday’s Children, the Plastic Penny, the Procol Harum, the Troggs, the Fruit Machine, the Union Gap, the 1910 Fruitgum Co., the Beach Boys, the Fairport Convention, the Vanity Fair, the Harmony Grass, the Aces, the Young Tradition, the Nice, the Dubliners, the Tinkers, the Fleetwood Mac, the Incredible String Band, the Web, the Little Free Rock, the Blodwyn Pig, the Liverpool Scene, the Spooky Tooth, the Third Ear, the High Tide, the Mamas and Papas, the Carnations, the Pacemakers, the From Genesis to Revelation, the O’Hara Express, the Pentangle, the Chickenshack, the Blind Faith, the Fourmost, the Searchers, the Four Pennies, the Bar-Kays, the Unit Four Plus Two, the Hedgehoppers Anonymous, the Applejacks, the Box Tops, the Edison Lighthouse, the Blood, Sweat and Tears, the Vibrations, and the Rada Krishna Temple.

The bulk of the output of all these, including that of the Beatles themselves, vanished, quite rightly, down the memory-hole of instant oblivion.