Several years ago, I wrote “Accounts of dreams are rarely of interest to anyone other than the dreamer” before going on to describe a dream in which I was about to attack the late actor Roy Kinnear with a chair-leg. Since then, I have occasionally shared with readers other dreams I have had, when I think they may be of interest. What I have not done is to recount somebody else’s slumberland visions. I was so delighted, however, by reader Mark Patterson’s dream that I felt impelled to post it here:

Dreamt last night that my only Christmas present was a ‘Ginger Complains’ dvd. 70 minutes of poor quality footage featuring Ginger Baker grumbling about this and that in front of a succession of run-down cinemas. ‎25% of his griping was inaudible due to poor sound quality. 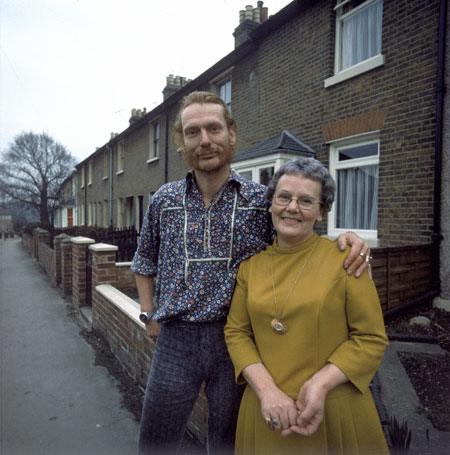 Ginger Baker in happier times, with his mum

2 thoughts on “A Dream Of Ginger”