In a comment on my piece in today’s Dabbler, Jonathan Law very helpfully tells us that Rudyard Kipling was named after his parents’ favourite reservoir. It was on the banks of Rudyard Lake in Staffordshire, says Mr Law, that they met and courted and it was here, conceivably, that the poet was conceived. “Clearly,” he adds, “this name-your-child-after-a-favourite-reservoir business is an excellent custom and one that should be adopted by all who trust that their offspring will go on to literary immortality.” I would go further, and suggest that it should be adopted by all, irrespective of any future literary achievement, or lack thereof.

I hesitate to say that the government should take a lead on this, but some kind of concerted national effort will be needed. The first step will be a voluntary agreement among publishers to make bonfires piled high with copies of all their existing “baby names” books and restock the shelves of our bookshops and libraries with “reservoir names” compendia. It will probably be a good idea, however, to retain the current cover designs, usually involving photographs of cute gurgling infants, in order to reinforce the message.

That should be simple enough, but the next stage may prove more difficult. Before we can proudly claim to live in a land where all newborn babies are named after their parents’ favourite reservoirs, those parents will first of all actually have to have a favourite reservoir. It is surprising just how many people do not.

As you know, I always like to back up my assertions with evidence, even if that evidence comes from what our Belgian pals call Het Internet rather than from ancient dusty leather-bound books. In this case, I searched Google for “my favourite reservoir”, eliciting just 675 results, many of which can be discarded because they refer, on closer inspection, to “my favourite reservoir dog”, which is a different matter entirely. Restricting my search to sites based in the UK, which after all is the land where I want my programme to be put into effect, yields a mere 44 results, though I am pleased to say there do not seem to be any dogs clogging up and thus distorting the data. But this hardly bodes well, does it?

That is why I speak of concerted national effort, and why our community education hubs, as I think they are called, have such an important part to play. Before prospective parents can choose a favourite reservoir, they will need to familiarise themselves with as many reservoirs as possible. And while it is one thing to read lists of reservoir names in the new-style baby name books, nothing beats direct experience. That is why I recommend compulsory reservoir-bank picnicking opportunities for youngsters, even before they are old enough to procreate. It is to be hoped that by spending as much leisure time as possible hanging around on the banks of reservoirs, when the time comes to go a-wooing and a-courting, no other possible location will even enter their little heads.

Given the vagaries of British weather, it is perhaps too much to hope that all babies in future will be conceived upon the banks of reservoirs, as it is rumoured was the case with Rudyard Kipling. Nevertheless, a few judicious and sensitively-worded guidelines could be incorporated into sex education lessons, and perhaps some semi-permanent tents could be erected on the banks of our reservoirs, supplied with mattresses and warm blankets. In order that they do not spoil the view, such tents should probably be concealed behind clumps of reservoir-bank shrubbery, where that is present, or otherwise camouflaged, where it is not.

This seems to me an eminently practical plan of campaign, and one which will reinvigorate the national spirit. In the meantime, any prospective parents reading this can make a start by studying this list of reservoirs and making due arrangements to visit each of them in turn. That way you can plump for your favourite before your squalling infant comes triumphantly into the world. 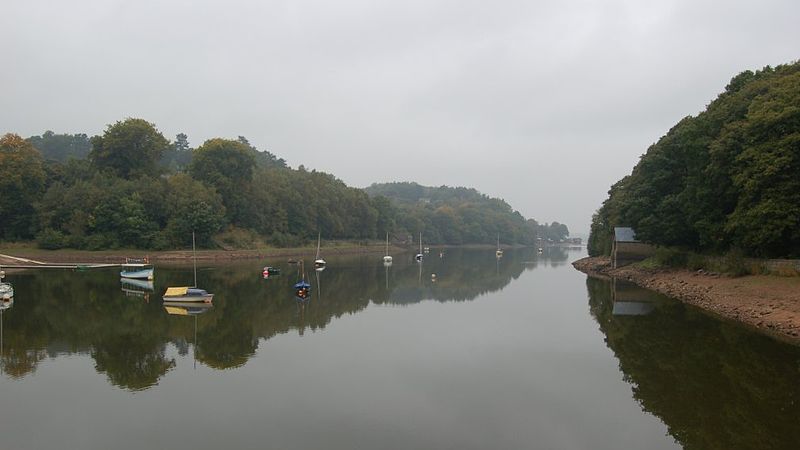 Rudyard Lake : a reservoir in Staffordshire

3 thoughts on “On Naming Your Child After Your Favourite Reservoir”