We have learned that the best place in which to store your collection of gulls’ eggs is a fogou. It is indubitably useful to know that. But what if you have no gulls’ eggs to store away? What then?

“Oh woe is me! for I have not two gulls’ eggs to rub together!” This is the plaintive cry of the otherwise happy fellow whose fogou lies empty. It is a cry that, however often heard, never fails to tug at the heartstrings, for those whose hearts have tuggable strings, which is most of us, or so I like to think, for I believe in the inherent goodness of humanity, despite all the evidence to the contrary. And goodness knows there is contrary evidence aplenty! I think it was Molesworth 2 who observed “Reality is so unspeakably sordid it make me shudder”, and even I can see the truth of that. So perhaps it is fair to say there is a measure of unreality about my belief in goodness. Real or unreal, however, I know that when I hear a poor benighted soul bewailing his utter lack of gulls’ eggs, I weep. I would like to think you would weep too.

But what can we do about it? No matter how copious and salty our tears, tears alone will not drum up a clutch of gulls’ eggs to give to the fellow bereft. Imagine if they did! If, as each tear rolled down our cheek, la!, we could pluck from the air a fresh gull’s egg and hand it, with great care, so as not to crush it, to the tenant of a gulls’ eggless fogou. Perhaps that is not so improbable as you may think. Sophocles, for example, believed that the tears of the birds known as the Meleagrides solidified into amber. Yes, yes, I know it is something of a stretch to conclude from that that the tears of good-hearted humans could solidify into gulls’ eggs, but it is at least worth holding in our heads for a little while. For were it so we could solve the whole problem of the poor fellow and his fogou and his lack of gulls’ eggs.

You will say that there are more urgent matters to be addressed in this vale of tears. War, pestilence, famine, disease, rust, inclement weather… all these, it is true, may place a greater strain on our heartstrings than the man without gulls’ eggs ever could. Are we, then, to cast him aside, like so much chaff? I have heard it said, by those whom I suspect subscribe to Molesworth 2’s tragic vision, that the man would be better off filling his fogou with chaff, and have done with it. Reluctant as I am to admit as much, there is some merit in this view. Chaff is easily gathered. One need not go clambering about on remote coastal promontories, at risk of toppling on to the sea-smashed rocks far below, to raid the nest of a gull for its complement of eggs. That, quite frankly, is going to be how you are going to get hold of some gulls’ eggs, because never in a million years, in Molesworth 2’s unspeakably sordid reality, will your tears solidify in some implausible Sophoclean fashion into gulls’ eggs, much as I might wish such a happenstance to occur.

There will have to come a point where the man ceases his plaintive wailing and settles for a fogou full of chaff rather than of gulls’ eggs. But the worst thing we can do is to slap him around the head and tell him to pull himself together and to go off chaff-gathering. No, we must break it to him gently, solicitously, tenderly. Let him dab at his tears with a rag, and lie on a lawn, and perform breathing exercises recommended by the most wise gurus from the mystic Orient. Then, when he is becalmed, we can begin, slowly, to turn his mind away from gulls’ eggs and towards chaff. One way to do this is to plant the idea in his brain that there is no such thing as a gull’s egg. How might we accomplish this? Well, if I may be permitted to interject a personal anecdote here, I think I can point the way towards a successful outcome.

A few years ago, I fell in with a wizardy mindbender type of person, who managed to convince me – and I am not making this up – that there was no such thing as an egg. Not just a gull’s egg, but an egg, plain and simple. He did this by cleverly planting in my path, wherever I roamed, wherever I looked, at all times of day and night, cartons of the proprietary product known as No Egg. Thus assailed by the words at every turn – No Egg! No Egg! No Egg! – within a matter of hours I could no longer even imagine such an object as an egg. Thus we can obtain dozens, or hundreds, of cartons of No Egg, and modify them, using a magic marker pen or a crayon, to read No Gull’s Egg. Scatter them wherever the fellow might roam, wherever he might look, at all hours of day and night, and he will not long have dried his tears before he can no longer conceive of the existence of gulls’ eggs, and he will happily cram his fogou with chaff. 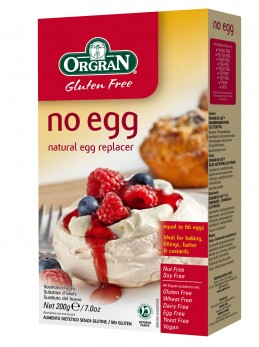