Over the weekend I watched a modicum of Olympickery on the box. One thing that struck me was that I counted no fewer than three separate competitors, in three separate disciplines, each of whom, the commentators informed me, was nicknamed “The Beast”. Clearly when you are an aspiring athlete determined to strike fear into your rivals, giving yourself an air of bestiality is a popular option. Yet none of these self-styled Beasts seemed to me as bestial as one particular Hungarian hammer-thrower, not nicknamed The Beast, who made great savage roaring noises. What was impressive was that he was perfectly silent while spinning around readying himself to launch the hammer on its flight, and only when he had let go and launched it did he stand and roar. And what a roar! I thought I was listening to the Grunty Man, that monster of legend who terrifies the tinies.

It made me wonder if there is not something a little pathetic about these far less bestial athletes calling themselves The Beast, as if they are trying desperately to compensate for the fact that, after all, they just run or jump or swim or whatever it is they were doing. I was reminded of Aleister Crowley, another man who liked to be known as The Beast, though the reality was somewhat less impressive. As Phil Baker tells us in his 2011 biography of Austin Osman Spare,

If the press notices [of Spare’s first West End gallery show] were calculated to put many visitors off, there was something about them that would prove positively attractive to a few. Among them was the so-called Wickedest Man in the World, the self-styled Beast 666; and so it was that Aleister Crowley came striding through the door of number 13 Bruton Street, grandly announcing himself to the shy and awkward artist as the “Vicegerent of God upon Earth” . . . Spare thought he looked more like “an Italian ponce out of work”, or so he told a friend years later. Perhaps with the benefit of four decades of hindsight, he said this was what he had told Crowley at the time.

In fairness, as far as I recall none of the Olympic Beasts looked like out-of-work Italian ponces, though I wasn’t paying complete attention. I was listening more than I was watching, my ears pricked up for the ever more baroque turns of phrase of the commentators. There are the ones seeking to explain to the dimwit the less familiar sports, and those trying to find new or different superlatives. What I found most intriguing were the experts seeking to tell us, before an event, what a particular athlete needed to do to win a gold medal. At no point did they ever say of a runner that “he needs to run faster than anyone else”, or of a thrower that “she needs to throw it further than anyone else”, which would have been my understanding. Apparently it is all much more complicated than that.

The commentators have certainly been excelling themselves, and I really ought to have had pen and paper at hand to jot down some of their more memorable utterances, though at one point all I could hear was the word “unbelievable” being bandied about by all and sundry. I do think it is a pity that the BBC did not think to engage Boris Johnson as a sort of roving commentator on all events. His line that the women beach volleyball players were “glistening like wet otters” is unlikely to be bettered by any of the experts.

Speaking of otters, I was interested to learn that otter-chasing was one of the planned events at the first modern Olympiad in 1896, and that the Grunty Man was going to be one of the competitors. The idea was that he would be lured out of his filthy dark dank lair with nuts and biscuits, and then turned loose in riverbank vegetation to scurry and splash in pursuit of several otters. It is not entirely clear who the Grunty Man would have been competing against, and this may be one reason why the event was dropped at the last minute. It is also likely that Baron de Coubertin, instigator of the modern Games, was worried about what would happen to the otters if the Grunty Man managed to catch up with them and grab them with his great hairy paws. The sight of otters ripped to pieces by the Grunty Man’s fierce razor-sharp claws was not, apparently, the sort of image the Baron wanted the Olympics to project. I must say that was a bit namby-pamby of him, especially as, back in 1896, any photographs would have been in black and white, and rather grainy, so it is not as if the newspapers would have been filled with full colour snapshots of bright red otters’ blood. In any case, there was no guarantee that the Grunty Man would actually catch them, as he may well have been diverted by some other claim on his attention, such as a nest of birds or a boy scout encampment or a hydroelectric power station.

I wrote to Sebastian Coe a few months ago to ask him if the Grunty Man chasing otters could be a feature of London 2012. If not an official event, I thought it could be part of – or even replace entirely – the Opening Ceremony. I got a reply from his fixer telling me Coe was too busy with his bouts of Graeco-Roman wrestling with William Hague in the gymnasium at the Houses of Parliament to attend to my query. I am surprised that Coe and Hague engaged in a naked wrestling match, perhaps by firelight, like Alan Bates and Oliver Reed in Women In Love (Ken Russell, 1969), has played no part in the Olympics. Perhaps it will be the centrepiece of the Closing Ceremony. With added otters. And there, in the shadows, grunting and bestial, the Grunty Man! 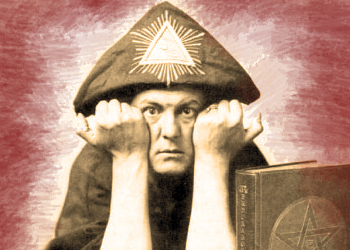 An Italian ponce out of work

One thought on “On The Beast”