Oh!, how the past shrivels and vanishes, so we can scarce believe it was ever quick and throbbing and so very alive. When we cast back but fifty years, how hard it is to understand the passions that impelled our so recent forebears. Who, now, would get in a tizz about an issue that divided the nation half a century ago? Yet at the time, kin were set against kin, men of the cloth fulminated from the pulpit, all was clash and strife. I speak of course of that great controversy, button versus toggle.

We may respond, today, with wry chuckles. Few if any of us would now identify ourselves as, exclusively, buttoneers or togglists. But that is how it was, then, for a brief but seething period. The method you chose to fasten your coat took on fantastical importance. And you did wear a coat, at all times, in all weathers. It might have been a raincoat or a duffel coat, but you did not step outdoors unclad in it. Many wore their coats indoors too, the more fanatical, those who sought to proclaim their buttoneering or togglism the loudest.

It is instructive, when we consider such historical flaps, to consult the photographic evidence, where that is possible. In this case we are fortunate to have at least one riveting snap which shows how one family was caught up in the madness. 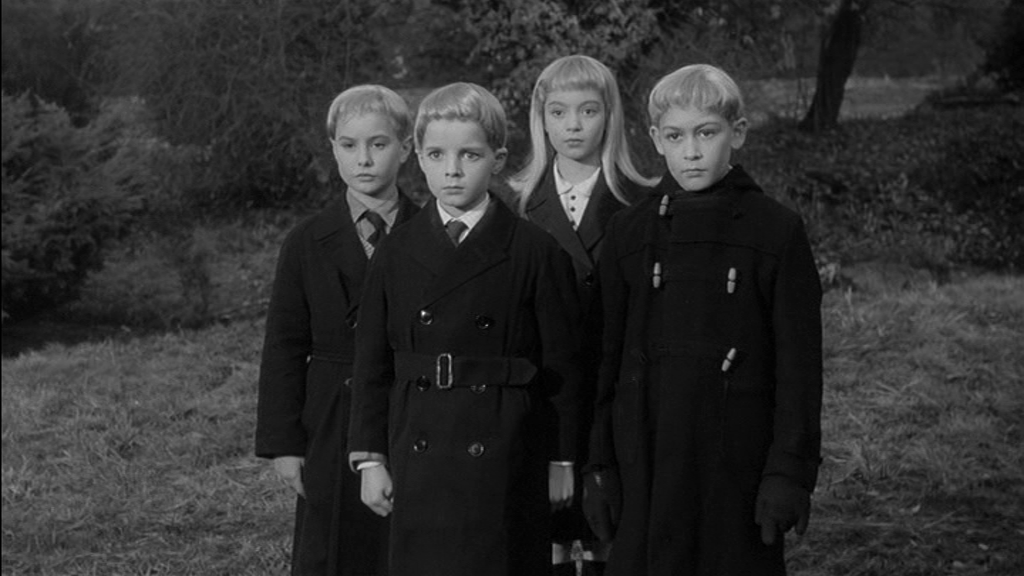 These are the four children of Mr and Mrs Turpitude of Shoeburyness. From left to right, they are Ulf, Ulg, Clothgard, and Urk. What is immediately apparent is that Ulg is a buttoneer and his brother Urk a togglist. Ulf and Clothgard are partly hidden behind their siblings, but nevertheless clearly visible are two buttons (Ulf) and one button (Clothgard). What we have, then, is the progeny of a single family riven by the great controversy of the day.

Further study of the snap raises all sorts of questions. We note the eerie countenances of the four tinies, their blank yet somehow threatening gazes. If we were to put them in order of malevolence, from most malevolent to least, we might say Ulg then Urk then Clothgard then Ulf. Obviously there is room for manoeuvre and we may wish to swap them about. But what is plain is that each of their gazes is fixed upon the same target, out of shot, next to or just behind the shoulder of the snapper. This is contrary to what we would expect, which would be for Ulf and Ulg and Clothgard to be lined up in a terrible row of buttoneers against the lone togglist Urk. Internecine conflict was commonplace at the time, and it is surely odd to find the Turpitude tinies arrayed together, the three with buttons and the one with toggles, seemingly in unison.

It is of course entirely plausible that within seconds of the snap being taken, Ulf and Ulg and Clothgard turned on Urk and beat him to death with a garden spade, then using the spade to dig a pit in which to bury his battered corpse. There is evidence that such an enormity took place among a group of siblings in a ness other than Shoeburyness, possibly Foulness or Dungeness, around this time. (See ‘Togglist tot beaten to death with spade by siblings’, News o’ the Ness, p.7, 23 October 1962, available in all good Nessy newspaper archives.) That the same thing happened up and down the land is not unlikely, though it was tragic, and spawned several novels, plays, ballets, opera bouffes, and art installations.

We might also pause to study the alignment of buttons on Ulg’s coat and of toggles on Urk’s. Let us take them in alphabetical order. I think it is fair to say that Ulg must have been a zealot among buttoneers. Not only are his buttons aligned with impeccable neatness and regularity but, tellingly, only three of them actually serve as buttons. That is, a mere fifty per cent of his buttons are used to fasten his coat. The remaining three serve absolutely no purpose whatsoever. We might dub them ‘redundant’ or ‘dummy’ or ‘toy’ buttons. It was a mark of the more fanatical buttoneers that they would often sport pointless buttons upon their coats. This was not always done with the sense of neatness and balance demonstrated by Ulg. There were wild stories of buttoneers displaying a chaotic mass of buttons higgledy-piggledy upon their coats. We can surmise that Ulg was a buttoneer of the kind who wished to disguise his toy buttons as real ones. Certainly if one passed him on the pavement as he swept by, without looking too closely, it would be possible to “see” buttonholes where in fact there were none.

The comparison with Urk and his toggles is intriguing. Rather than the regular disposition of buttons we see on Ulg, with Urk we have something stranger. There is a stray “top” toggle and, further down, there appears to be that most anomalous of features, a missing toggle. The untoggled loop of cloth on his coat is clearly visible. One explanation for this is that a fight between the siblings had already begun before they stopped to pose for the camera. In that fight, Urk’s missing toggle could have been ripp’d from his coat by Ulf or Ulg or Clothgard. If so, where is it? It may have fallen on the ground, or it may be that Ulf or Ulg or Clothgard, at the approach of the snapper, popped it into their mouth. Can we see a telltale bulge in the cheek of any of the three? I think we can! Look very very closely at Ulf. His right cheek seems decidedly puffier than his left. There, I would maintain, is the missing toggle. When the snapper departs, and the buttoneers take the spade to set about Urk, Ulf spits the toggle out on to the ground and grinds it under his boot.

Such were the frenzies of that distant time. Weirdly, at the turn of the year, in the depth of that frozen winter of 1962-63, when people really did need to wrap up warm in their coats, the mania passed as suddenly as it had begun, and nobody cared two figs about buttons and toggles ever again. Instead, they got all worked up about figs. But that is another tale for another day.