Readers will be familiar with the plucky fascist tot Tiny Enid, but I have only recently learned of the existence of her cousin and sometime playmate, Eerie Mavis. 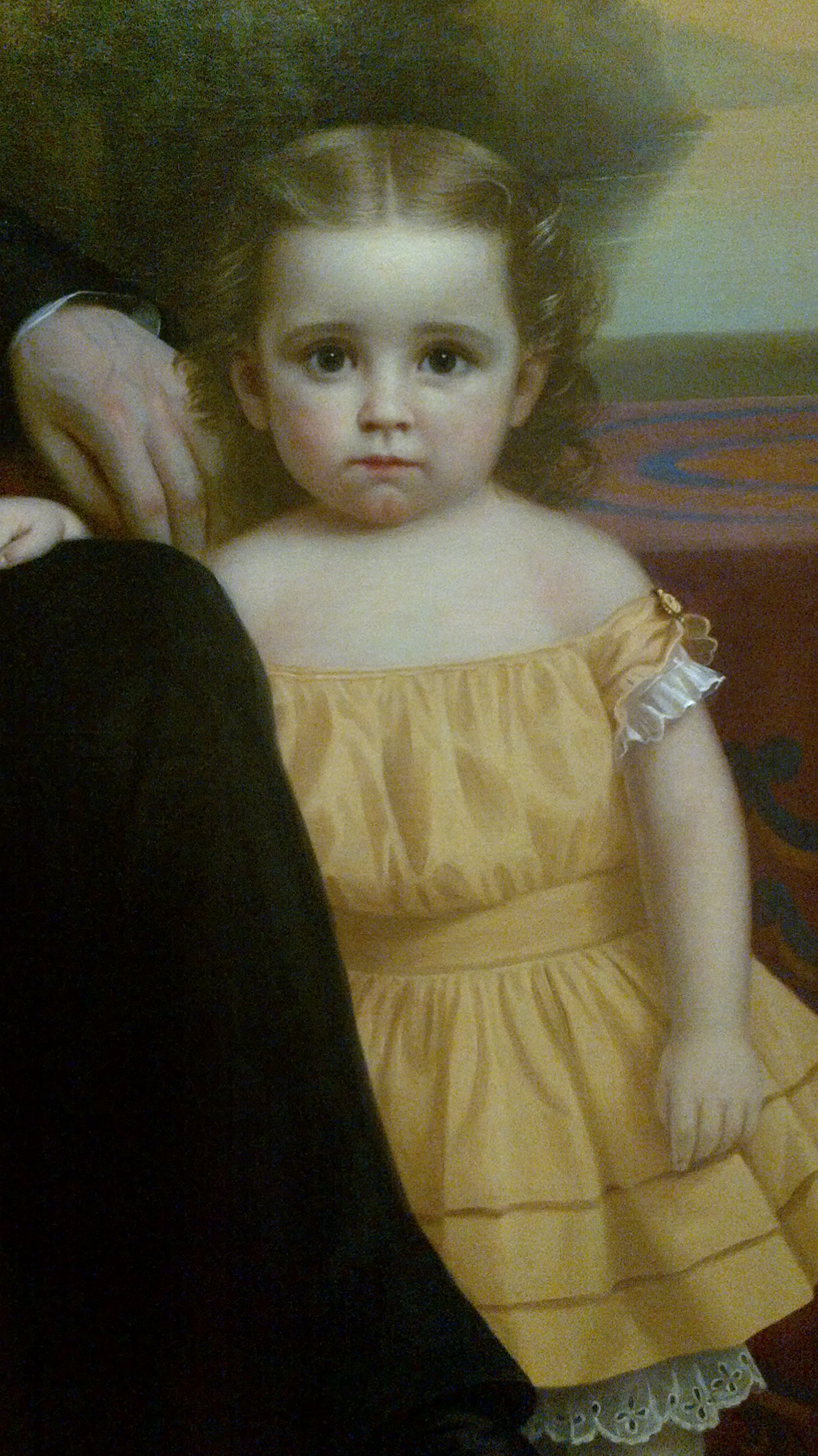 Eerie Mavis spent much of her time loitering in a barn, mucking about with lengths of string and rotting fruit and pliers. She is said to have had an affinity with jackdaws, though it is not clear how this manifested itself. Eerie she may have been, but she did not have the power of flight, and her speaking voice was more akin to the mutter than the caw. Indeed, one of the eeriest things about Eerie Mavis was her constant, incomprehensible, and somehow menacing muttering, which began as soon as she woke from sleep on her straw pallet in the barn, and continued all bloody day until, in eventual exhaustion, she flung herself back on the pallet, and the Land of Nod. Even then, she was known to mutter in her sleep.

You could trust Eerie Mavis with a box of matches. She showed no signs of pyromania, and indeed could be counted on to douse any conflagrations which may erupt in the farmyard. She never seemed to be far from a spigot, and showed both delicacy and determination when handling a hosepipe.

She was not a musical tot – the eternal muttering put paid to any ambitions she may have had as a songstress – but could be spellbound by the sound of electric guitars played in the screeching heavy metal style, and also by the softer toots of the piccolo. When so spellbound, she would drop her string and fruit and pliers, and stand stock still, close by a spigot, in her slightly lopsided way, and shut her eyes, and levitate, an inch or so off the ground. Her muttering did not entirely cease at such times, but it became quieter.

Her slight lopsidedness had no apparent physical cause. She did not, unlike her cousin Tiny Enid, have a club foot, and wore no corrective boot. Passing farmyard adults would occasionally try to straighten her up, by means of gentle coaxing, to no avail. In a tape recorded interview, conducted decades later when she had become a crone, Eerie Mavis revealed that she had always stood bolt upright, and it was the farmyard itself that was lopsided. Alas, it had by then long been covered by concrete, and no land surveyor could attest to the truth of her claim.

A double biography of Eerie Mavis and Tiny Enid is long overdue. There is one in the works, from the pen of Pebblehead, but many obstacles lie in his path, not least the fact that each time he completes a page, no sooner has it rolled off his typewriter than it is snatched and borne away in the beak of a jackdaw, up into the blue Alpine skies, irretrievable, irretrievable, lost, lost, lost.