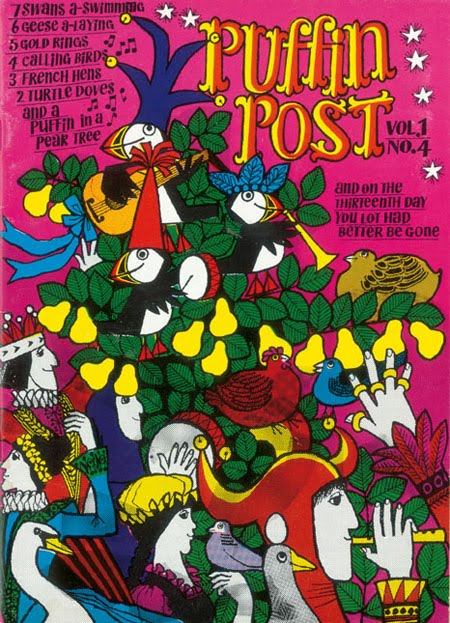 I was delighted, the other day, to become reacquainted with my collection of the Puffin Post magazine, which I had not clapped eyes on since the last century. Launched in 1967 by Puffin Books editrix Kaye Webb (ex-wife, incidentally, of Ronald Searle), Puffin Post was a quarterly magazine for bookish tinies. My collection comprises the fourth and final issue of Volume One, and Volumes Two to Four complete, thus thirteen issues in total. I have been taking my time in browsing through them, savouring the memories they summon.

It occurred to me to transcribe certain choice items for the edification, instruction, and amusement of you lot, and I thought I had found the perfect item to start with when, in that very first issue, I came upon a story entitled The Potato With BIG Ideas. We take our potatoes seriously at Hooting Yard, as you know. Alas, the tale – by Alf Proysen, author of Little Old Mrs Pepperpot – turned out to be rather humdrum. It is certainly not a patch on the potato-based yarn drawn to my attention by Salim Fadhley, A Potato That Wasn’t A Christian. One cannot help thinking that the authors of potato stories for children have a very weak grasp of the nature of actual potatoes. I would bet there is not a potato on the planet which (a) has ideas of any kind, or (b) is a confessor of any of the major religious faiths. And remember, I have studied potatoes intensely, so I should know. 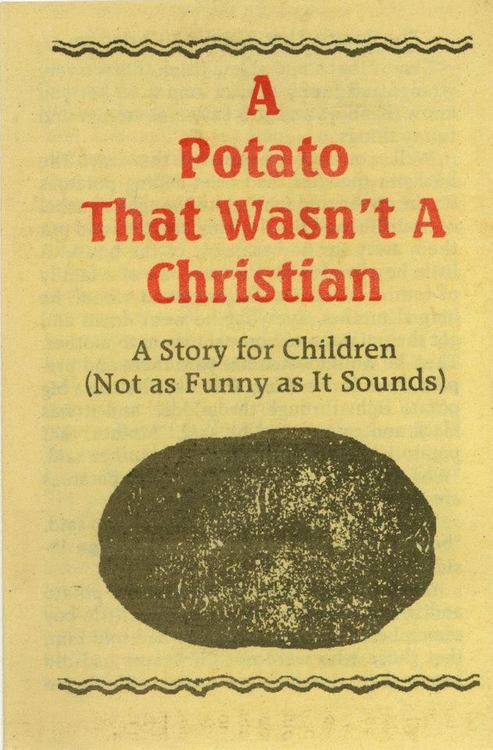 Anyway, back to the Puffin Post. In Volume 2, No. 2, I did find what I was looking for, an absolutely rip-roaring story by Janet Aichison (age 5 and a half) entitled The Pirate’s Tale. It bears comparison with some of Bertolt Brecht’s early piratical short stories. Here it is:

Once upon a time there were some bad pirates. They sailed to a mountain. They dug in the mountain and found gold and silver. The mountain was a volcano.

One day the pirates found a crab. It pinched a pirate. The pirates screamed to see the crab. The pirates ran away to the ship and sailed to the mountain and got the guns and killed the crab and the pirates laughed.

The pirate said “Oh dear. The cheese is magic. I shouldn’t have given the mouse the cheese.” The mouse died.

The pirates died. The cat died.

A work of some genius, I think. In the unlikely event that the now middle-aged Janet Aichison chances to read this, I hope she will leave a comment.