Following the success of his box-office hit American Snipe, about a killer bird, Clint Eastwood has announced his next project. Rather excitingly for all of us here at Hooting Yard, the octogenarian titan of cinema has bought the rights to the Petula Clark Trilogy. My understanding is that, rather than making a series of three films, Bourne-style, Mr Eastwood intends to compact the narrative into a single movie, entitled American Snipper. As this title indicates, the film will be a character study of the collector who originally snipped out of newspapers the Petula Clark cuttings. Thanks to Max Décharné, I am able to reproduce one such cutting here. (Click to enlarge.) 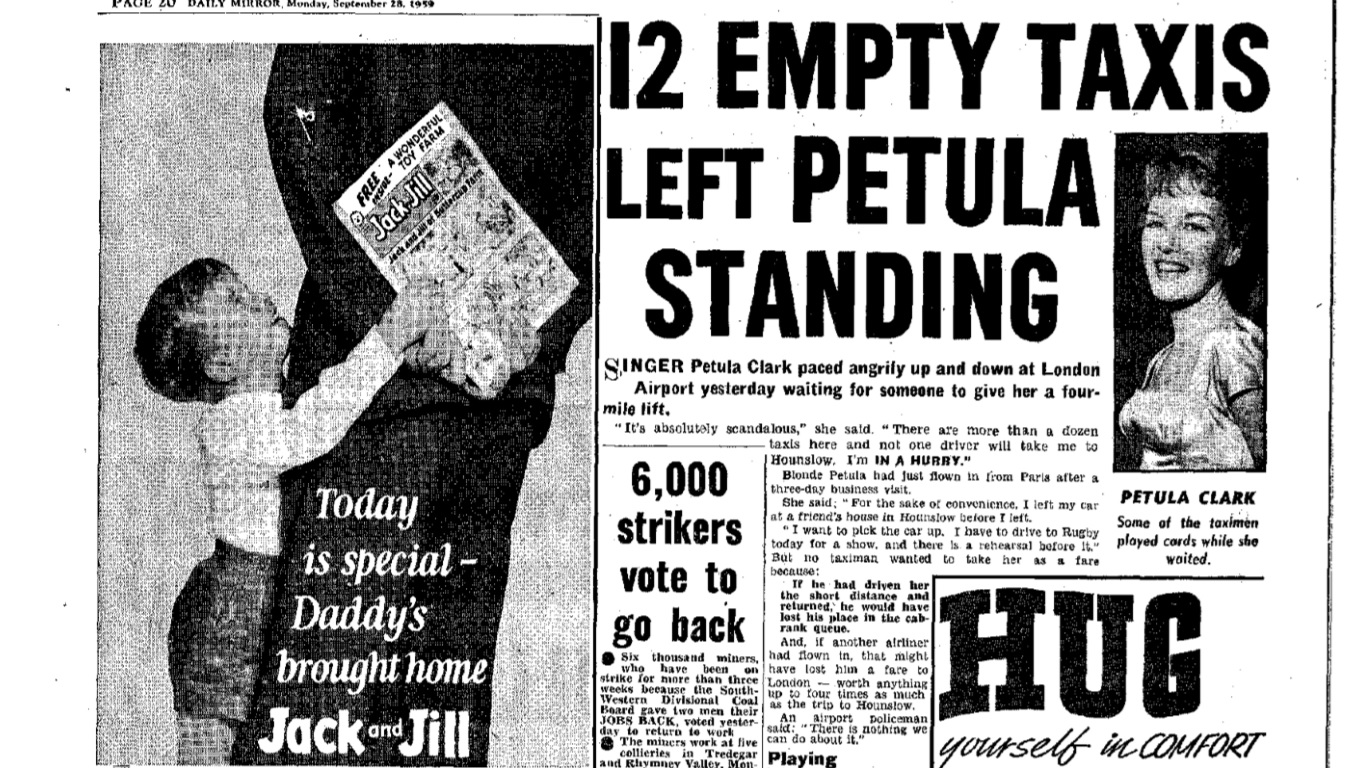