Dear Mr Key, writes rock ‘n’ pop critic Rick Rockpopcrit, I was fascinated to read your piece about Pierre et Clothilde yesterday. It is true, sadly, that the duo’s career lay in tatters by the early 1970s. What was missing from your article, however, was any account of Pierre’s later involvement in the punk ‘n’ post-punk scene. My cousin Sid Punkcrit covered this in an article for the monthly magazine Punks Named Pierre in September 1979. I clipped it out with a pair of extremely shiny scissors, and am sending it to you so you can transcribe it and share it with your readers. 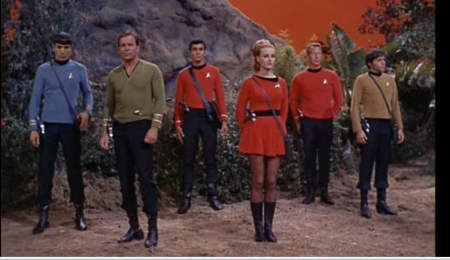 Exciting news reaches us that Pierre, previously of chart-non-topping duo Pierre et Clothilde, is making a comeback! He has completely reinvented himself for the punk ‘n’ post-punk era, fronting a new band called Pierre et les Pantoufles (above; Pierre is on the far left). Their first single, Où est Clothilde?, a raucous and godawful discordant din, had me tapping my toes while wearing my own pantoufles. The B side, Clothilde, Mon Amour is less of a toe-tapper and more of a hands-over-the-ears cacophany of cacophonosity.

The band is currently in the studio recording their debut album, Devons-nous jeter cette saleté à  nos pop-enfants, Clothilde? It promises to be a cracker. That is a view shared by Plastic Bertrand, who I bumped into in a corridor on my way to conduct an interview with Pierre. It came as a surprise to me that Plastic Bertrand is not, as I thought, made of plastic. This revelation so disconcerted me that, when I sat down with Pierre, the first thing I said to him was: “Pierre, did you know that Plastic Bertrand is not made of plastic?”

“Oui” he muttered, before launching into a mournful lament about Clothilde, accompanied by copious weeping. Unfortunately, it was all in French, or the dialect of French spoken by Walloons, a language with which I am wholly unfamiliar. So I just sat there trying to look sympathetic, while puffing on a Gitane. There was no sign of the Pantoufles.

By the time Pierre eventually shut up and dried his eyes with a dainty and unpunklike silken handkerchief, I had got through an entire pack of Gitanes and had heard quite enough mawkish Wallonian blathering. I was trying to work out what to do next. I could slap Pierre about and tell him to get a grip. Or I could try to divert him on to a different subject. Best of all, perhaps, I could sweep imperiously out of the room and pursue Plastic Bertrand.

Then the door crashed open, and a woman swept imperiously into the room. I thought for a moment she was some kind of space hippy. Then I realised – it was Clothilde!