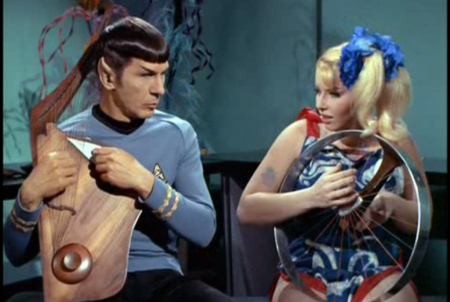 Here is a very rare photograph of 1960s pop duo Pierre et Clothilde, performing their chart-non-topper Come Into The Garden, Maud on a Belgian TV show. Like untold dozens of their contemporaries, Pierre et Clothilde have been shoved none too gently into the dustbin of pop history. Yet in their prime, the pair could be said to have been the brightest garlands on the pop music wreath. That, at least, was the verdict of the cultural critic Charles Shaar Loopy, who wrote:

For my money, which in present circumstances is a handful of loose change and a promissory note of dubious provenance, Pierre et Clothilde – which, for monoglots, can be translated as Pierre and Clothilde – are the brightest garlands on the pop music wreath. This wreath, composed mostly of lupins, foxgloves, and stinging nettles, is a lovely thing, a very lovely thing, a thing so lovely that it takes my breath away. It takes my breath away and also causes a nasty rash on my forehead. That’s because I took the opportunity to pop the wreath onto my head when nobody was looking. I wanted to imitate Christ wearing his crown of thorns, but in a sort of pop context, pop being my field of expertise.

Pierre et Clothilde’s career hit the doldrums after a disastrous appearance in Shoeburyness. Pierre had the flu, and Clothilde had the flu too, and the two doses of flu wreaked havoc on their performance of Tooty Foofy Boogie Boo. Charles Shaar Loopy again:

The Shoeburyness crowd, peevish and rancorous to begin with on account of local kiosk closures and an ominous flock of godwits looming above the open air arena, grew uglier. They pelted poor Pierre et Clothilde with pebbles, and gave vent to an ungodly howling, which quickly spread to such rough beasts prowling the undergrowth as wolves and wild pigs. Pigs don’t usually howl, but these wild Shoeburyness pigs were of a different order to your usual pigs, possibly because of their proximity to an experimental research station. But I’m more a pop person than a pig person, so I can’t be sure. As The Young Rascals sang, how can I be sure?, I can’t, I just can’t. [Bursts into tears, and weeps for forty days and forty nights.]

One thought on “Pierre Et Clothilde”