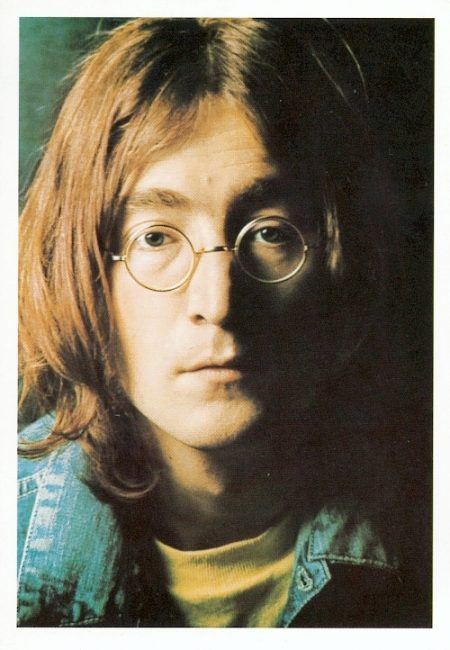 Picture yourself in a boat on a river, with tangerine trees and marmalade skies. You are wearing a pair of round gold-rimmed “granny” glasses. Beside you in the boat is your wife, an avant-garde artist from faraway Japan. You turn off your mind, relax, and float downstream. Then you turn your mind back on, just a tad, just enough to imagine no possessions. You wonder if now would be an opportune moment to raise with your wife that malarkey about her acquiring a second apartment solely for the storage of her collection of fur coats. You open your mouth to speak, but what comes out is gibberish. “Goo-goo-g’joob”, you blurt. Your wife looks at you as if you have taken leave of your senses, which, to be frank, you probably have. Perhaps Bernard Levin was right when he wrote that there was nothing wrong with you that could not be cured by standing you upside down and shaking you gently until whatever is inside your head falls out.

It strikes you that such a manoeuvre would be perilous if performed in a boat on a river. Your wife, who would have to turn you upside down, is diminutive, and it is likely that if she made the attempt both of you would topple over, capsizing the boat, and forcing you to swim to the riverbank.

There are, apparently, tales of the riverbank, but you did not write them. Nor did you write tales of topographic oceans. But you did write about that famed ocean-going sailor Sir Walter Raleigh, who you described as a stupid git. You pronounced Raleigh as Rally. Nowadays, people usually pronounce it as Rahley. But in his own time his name was universally pronounced Rawley.

The pronunciation of surnames is important. I have heard tell that an alarming number of young persons confuse you with the Bolshevik psychopath Lenin. These are presumably the same young persons who confuse Clarice Starling, the FBI agent played by Jodie Foster in The Silence Of The Lambs, with your successor Stalin.

Oops! I meant Lenin’s successor, not yours. Now I’m getting things all mixed up in my head. Just like you. Well, you wrote a lot of nonsense too.