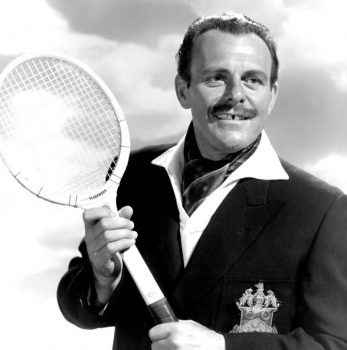 Browsing in the basement of a dust-choked and unkempt secondhand bookshop, I found on the floor a slim pamphlet entitled A Guide To The Care And Feeding Of The Internal Combustion Monkey. The author’s name was not given, but there was a picture of him below the title, a cad, a cad wearing a cravat, with a Terry-Thomas moustache and a glint in his eye. That glint, I assumed, that cad’s glint, was the glint that led him to envisage, and then to invent, the internal combustion monkey. Why did he not wish to crow his name from the rooftops, or at least to print it on his pamphlet?

I picked up the pamphlet, and purchased it (thruppence), and made it my life’s work, from that hour, to find out exactly who this cad was, to give him a name, to slot him into his deserved place in the history of this our island’s glory.

I began with the cravat. In the picture on the pamphlet it was black and white, but I felt sure the real thing, when tucked around the neck of the cad, had been bursting with colours. Which colours? I made multiple photocopies of the picture, and spent two years, armed with crayons and watercolours and state-of-the-art pigment-staining technology, working out the colour combinations most likely to have emblazoned the cravat of the cad. It was thirsty work, and I drank a well dry. This did not sit well with the well’s owner, a florid bumpkin plagued with whitlows, who evicted me from my chalet anent the well. And so I roamed the hills, reduced to just a few crayons, but with my portfolio of photocopied hand-coloured cad portraits intact, tucked in a satchel slung over my good shoulder.

There was, up in the hills, the salon of a cravatteuse, and I made no bones about badgering her. One by one I waved in front of her the photocopies, much as a conjuror might deploy a deck of playing cards for a magic trick, until, at last, she stopped me, by pointing her finger decisively at the photocopy of the cad in which I had coloured his cravat in swirling curlicues of baize-green and fire-ant-red and Lee Harvey Oswald beige, with a few subtle tints of indigo, cerise, puce, chartreuse, mauve, mauve, and more mauve.

Her eyes narrowed. Her lips puckered. Her dog, sitting at her feet, snarled. I felt a sudden mortification of the bowels.

“He was an unspeakable cad!” she cried, and she had her dog chase me out of the salon, and further up into the hills, where the air was thin, and the promontories dizzying. I had left my satchel and crayons and sheaf of photocopies at the salon, but clutched in my good hand the only photocopy that mattered, the one with the accurate rendition of the colour scheme of the cravat sported by the cad. And I knew, now, what I had not known before, that his name was unspeakable.

I remained in the hills for several years, living on rainwater and birds felled with well-aimed pebbles. Slowly, gradually, I came to understand that, if the name of the cad was unspeakable, then it had never been spoken, that nobody knew what it was, leading to the inescapable conclusion that, thus unknown, it could not be written down, which was why it did not appear, printed in big bold black letters on the cover of the pamphlet the cad had written about the care and feeding of the internal combustion monkey.

And so I came down from the hills, and adopted a new life as a bargee on an unimportant canal, and I sprouted a Terry-Thomas moustache, and, yes, yes!, I too wore a cravat, of baize-green and fire-ant-red and Lee Harvey Oswald beige, with a few subtle tints of indigo, cerise, puce, chartreuse, mauve, mauve, and more mauve, and whenever I was asked my name, by other bargees or by, say, canalside picnic persons. I shut my mouth, and kept it shut, and said nothing.

One thought on “Unspeakable”