I have never been much of a joiner. I can count on the fingers of one hand the clubs or associations to which I have signed up over the years, and almost invariably I have allowed my membership to lapse after the minimum period has expired. In the late seventies, however, I actually formed my own organisation. There was only one other member, and as far as I can remember it lasted about two weeks before being consigned to the dustbin of history. I am not sure what made it pop into my head yesterday, for the first time in decades.

This short-lived yet important society was the Dubbin Club. I am afraid I recall very little about it, save that it issued certificates of membership and it was intended that members purchase one tin of dubbin each month. I think in total one tin of dubbin was bought, shared between the two members, before the club petered out due to lack of enthusiasm. It may also be pertinent, in terms of the club’s collapse, that neither Member Number One (me) nor Member Number Two (my friend David) had any pressing need for dubbin, as we were not engaged in any sporting activity for which the rubbing of dubbin in to boots would have proved beneficial. In short, the Dubbin Club was an ephemeral private amusement between a pair of pals. I would not say it is a memory I cherish, and indeed I cannot for the life of me think what on earth we were doing, wasting what little cash we had on a polish or unguent for which we had not the slightest use. But I suppose I was young, and given to preposterousness of one kind and another, and it raised a few laughs at the time.

Over thirty years later, there is one point about the Dubbin Club that I still understand, which is the fact that dubbin is inherently funny. Now, we know from bitter experience that any attempt to analyse humour, or to explain a joke, leaches the life out of it and leaves it curled up, shrivelled and dead, so I am not going to be so foolish as to fret away at the intrinsic amusement value of dubbin. You will either share my appreciation or you will not. You will chortle along with me at the sight of a tin of dubbin, and at the very sound of the word, or you will not.

If, like me, you find dubbin amusing, you will be equally likely to see the comedy inherent in both swarfega and linseed oil. A few years after the demise of the Dubbin Club, I was pleased to note that the Monty Python team recognised the comic value of linseed oil, with that splendid line “Now, two boys have been found rubbing linseed oil into the school cormorant” from The Meaning Of Life (1983). Obviously the school cormorant has a large part to play in our uproarious laughter here, but we must not overlook the fact that, of all the goos or unguents or substances that could be rubbed in to it, linseed oil is almost certainly the funniest. Though I think it is significant that the line still works with dubbin or swarfega substituted for linseed oil.

Having said that I will not try to analyse the source of my hilarity, it does occur to me that both dubbin and linseed oil are intrinsic elements in what we might think of as a certain British twentieth century sporting milieu. We can imagine baggy-trousered chaps rubbing linseed oil into their cricket bats, and rubbing dubbin in to their football boots. These are the same sort of chaps, with their clipped accents and emotional repression and thorough decency, who amuse us today because, perhaps, they seem so impossibly distant from our own barbaric age. It is a vein of humour explored by many, the funny and the hopelessly unfunny, over the past fifty years, from Beyond The Fringe onwards. I think we ought to acknowledge that dubbin and linseed oil and, to a somewhat lesser extent, swarfega are important elements of it.

This was surely the – unconscious – motive behind the establishment of the Dubbin Club and its sadly curtailed activities. My friend David and I recognised, even if we did not know why, that dubbin was not just something that could be bought in a tin and then rubbed into boots, but was more than that – a waxy goo that signified a lost world, so the comedy was tinged with nostalgia, a nostalgia for a world that, if it ever existed, was dying or indeed dead before we were born.

The fictional athlete Bobnit Tivol, of whose doings you will have read here, belongs to that same era, as I trust is evident. Like Tupper of the Track, Bobnit Tivol is a clean-living and morally upright athlete, a far cry from the reprehensible scalliwags of today. His fictional world is richly infused with dubbin and linseed oil, though for his chosen sporting activities he wears spikes rather than football boots, and brandishes a pole-vault rather than a cricket bat. His coach and mentor Old Halob, on the other hand, comes from a different world, though a roughly contemporaneous one. Old Halob’s is a world of fog and trenchcoats and Homburg hats and Stalinism. It is in some ways a shadow world, the morally ambiguous, shifting and uncertain other side to the clean bright decency of the dubbin-and-linseed oil world of gentlemanly sport.

Perhaps it is time I revived the Dubbin Club for the twenty-first century. Those of you keen to join may express an interest in the Comments section. If sufficient numbers perk up, we can begin long and detailed discussions on such matters as the club’s constitution, purpose, and activities. Most importantly, we should decide on a coat of arms and a Latin motto. 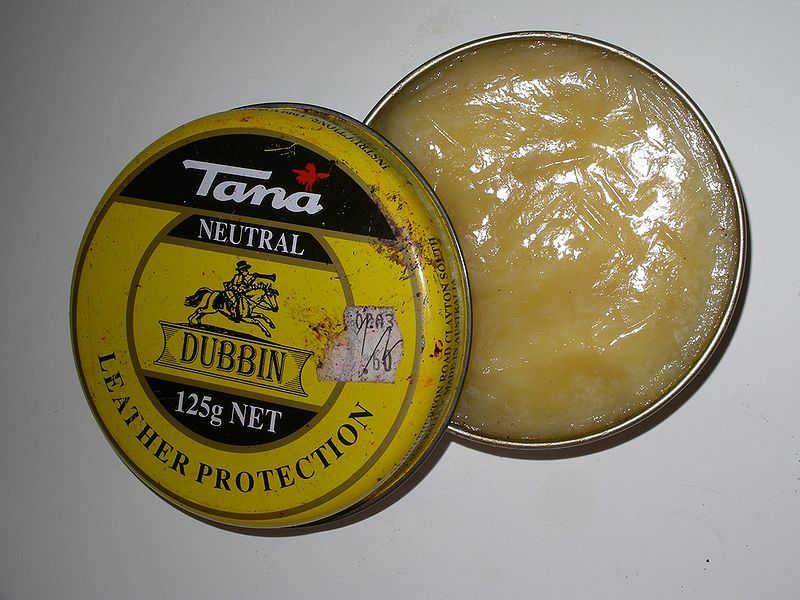 3 thoughts on “On The Dubbin Club”