Long ago, on New Year’s Day, I began this series of essays with a piece on perpilocution, that is, the art of expounding upon a subject of which one knows little or nothing. The original plan was to write, daily, about things of which I was wholly ignorant. I have veered away from this intention more often than not, but today I wish to return to it by devoting a thousand(ish) words to Tinie Tempah.

Let me begin by stating what I do know about Mr Tempah. (1) He is some kind of musical turn, (2) he is apparently due to perform in tonight’s Olympic Games Closing Ceremony, and (3) he cannot, or chooses not to, spell his name correctly.

In the latter case it is difficult to know if the misspelling is deliberate or not. I assume Mr Tempah is of an age where his teachers’ best efforts went into bolstering his self-esteem and awareness of diversity rather than in inculcating such minor matters as basic literacy.

My understanding of the Closing Ceremony is that it will feature “a celebration of British music”, which presumably explains Mr Tempah’s involvement. I would have thought Purcell, Elgar, Delius and the glorious Benjamin Britten would have provided the proper content for such a celebration, but what do I know? I am just a reactionary old fuddy-duddy. I fear our friend Tinie may be a “rapper”, and my spirits sink, for rap of course is not music, nor poetry, but barbarism. You can quote me on that, should you wish to.

And what of Tinie Tempah himself? Is he tiny? Does he have a temper? I have no idea of the correct answer to either of those questions. I find myself trying to gain an idea of him, and turn to The New Republic (1877) by W H Mallock, in which the art critic Walter Pater appears in the guise of Mr Rose:

a pale creature, with large moustache, looking out of the window at the sunset . . . he always speaks in an undertone, and his two topics are self-indulgence and art.

This, I suggest, might almost be the Anti-Tinie Tempah of my imagination. “Almost”, because the actual Tinie probably does babble on about self-indulgence. 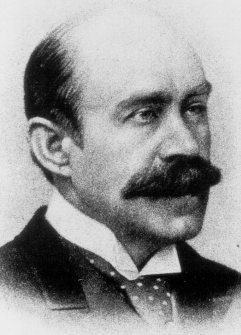 It is also possible that Tinie Tempah could look out of the window at the sunset, but his ability to do so rather depends on just how tiny he is. If he is a dwarf or a midget I suppose the aid of a stool or some cushions would suffice, but perhaps he is tinier than that. He may be as tiny as a homunculus, in which case he would have to be placed on the windowsill, or be furnished with a little ladder to enable him to clamber up to the windowsill of his own accord.

I have to say that the idea of an ill-tempered homunculus is a rather frightening one, something from a child’s nightmare. Have the organisers of the Closing Ceremony thought about that? I suppose the sting of terror might be drawn by having Tinie perch on the shoulder of an affable buffoon like Boris Johnson, who will no doubt also be on the bill. Mr Johnson might drown out the high-pitched bad-tempered shrieking of Mr Tempah by intoning some Latin at him, which would provide an amusing double act.

Without knowing for sure how tiny Tinie is, it is hard to envisage him as a child, in other words as tiny Tinie Tempah. He must have been a mere speck, almost invisible. Perhaps that is how his temper developed. He would be wailing and screeching for his porridge or his fluffy toy rabbit, and Mr Tempah senior and Mrs Tempah would be gazing around in search for him, wondering where on earth he was. That kind of thing happening day after day would curdle even the most equable tot’s temperament. I suspect eventually his parents resolved to keep him in one particular place, such as the windowsill, which is where he would have learned the habit of staring at the sunset. But they clearly left it too late to curb his temper.

The misspelling of his name leads to an alternative possibility. It may be that Tinie does not mean tiny at all, but tinny. Perhaps Mr Tempah is a fully-grown average-sized person who does not need to be hoisted on to a windowsill in order to stare at the sunset. He may give vent to his temper by bashing tins. If so, this might be quite a refreshing element of the Closing Ceremony. Much as I am of the view that a celebration of British music could happily be confined to Purcell and Elgar and Delius and Britten, I am not averse to a bit of improv percussive racket. If Tinie Tempah is indeed Tinny Temper, then I shall look forward to his tin-bashing, if he promises to keep his gob shut and refrain from the rappy stuff.

There is always the possibility that there could be a last minute change to the Ceremony. The music, whatever music – or barbarity – it is, could be ditched altogether. Instead Boris Johnson could stand on a dais, perhaps with a glistening wet otter draped around his shoulders, and read passages such as this, from G K Chesterton:

A man loves Nature in the morning for her innocence and amiability, and at nightfall, if he is loving her still, it is for her darkness and her cruelty. He washes at dawn in clear water as did the Wise Men of the Stoics, yet, somehow at the dark end of the day, he is bathing in hot bulls’ blood, as did Julian the Apostate.

I suspect Tinie Tempah, too, bathes in hot bulls’ blood, though I have no evidence that this is so.

2 thoughts on “On Tinie Tempah”