I was mistaken, yesterday, to suggest that Dobson wrote a pamphlet entitled Kitchen Groanings, like the late eighteenth century work of the same name penned by an angry cook-wench or discontented housemaid. I was sure there was some kind of Dobson connection, and leapt to the most obvious thought, that it was yet another out of print pamphlet by the out of print pamphleteer. Unable to place it, however, I knitted my brows and set the tiny engines a-whirring in my pea-sized yet pulsating brain, and eventually, in the middle of the night, I realised I had been thinking of a radio programme made by Marigold Chew in the dying days of 1953.

Invited by the visionary producer Doug HammarskjÃ¶ld â€“ no relation to the then Secretary General of the United Nations Dag HammarskjÃ¶ld â€“ to create a piece of sound art for his fledgling long wave station Radio Doug HammarskjÃ¶ld, Marigold Chew rummaged in the broom cupboard where she alit upon her vintage Blattnerphone, a modified wire recorder that was the precursor of the mid-twentieth century tape recorder. The brief she had been given by the producer was precise.

Dear Marigold Chew, he wrote to her in his spidery handwriting, Here at Radio Doug HammarskjÃ¶ld we are on the lookout for pieces of belligerent, combative, confrontational sound art of between six and ten hours in length. Usually, the stuff we are sent consists of a lot of guttural shouting, often in German, which is fantastic as far as it goes, but it would be nice to bombard listeners with something a little more challenging. I know you used to sweep across the fields outside Pointy Town twenty years ago with your Blattnerphone, recording cows and peasants, and I wondered if you would rummage around in your broom cupboard for the vintage machine and make a programme for us, which we would broadcast every day for months on end, or at least until our licence comes up for renewal.

Marigold had fond memories of the bucolic field recordings she made in her younger days, and looked forward to heading out to her old haunts, armed with the Blattnerphone, mindful that there would be new cows in the fields and older peasants digging the ditches. She was already putting a sound collage together in her head, deciding to add the noises of rutting badgers and babbling brooks to the mix. She took the Blattnerphone from the broom cupboard and put it on the kitchen table and went upstairs to dig out the bus timetable and a map from her bedside bus and train timetable and map and chart and diagram cupboard. Alas, on the landing she tripped over a pile of Dobsonâ€™s out of print pamphlets, fell, clonking her head on a hard thing, and lost consciousness.

Meanwhile, down in the kitchen, the pamphleteer himself had just returned from a pointless errand. He was exhausted and rancorous. Carrying the kettle across the room, from its place of boiling, on a counter, to its place of filling, at the sink, he bashed it inadvertently against the Blattnerphone and in so doing flicked the switch which set the machine recording.

For the next six hours every noise that Dobson made was picked up and preserved for posterity on the thin steel tape of the Blattnerphone. Most of these noises were groans, for Dobson sat slumped at the kitchen table with his head in his hands, shifting only to make and then to drink copious cups of tea. If, by his groaning, he was trying to gain Marigold Chewâ€™s attention, he was staring failure in the face, she being splayed flat on the landing away with the fairies. Indeed, she later recalled that during her swoon, which lasted the same six hours as Dobsonâ€™s groaning in the kitchen below, she had visions of fairies and elves and peris and aziza and nymphs and satyrs and tien and leprechauns and sprites and duendes and pixies and goblins. It was not often her head was cluttered with such twaddle, and when she awoke she was mightily discombobulated.

â€œMighty is my discombobulation, Dobson,â€ she said, as she staggered into the kitchen, and she told the pamphleteer of her trip and fall and clonk and swoon.

â€œThe worst of it is,â€ she continued, ignoring him, â€œThat my head is now so fairy-filled, presumably as a direct result of the clonk, that I am having the devil of a job trying to remember what I was doing. Or indeed why on earth I might have rummaged in the broom cupboard for that dear old Blattnerphone, which I see is perched on the table, whirring away.â€

Dobsonâ€™s groaning had been so terrific he had not even noticed the modified wire recorder, perched like a miniature science fiction windmill between a packet of cornflakes and the tea strainer. But before he could speak, a hammering was heard at the door, like the knocking at the gate in Macbeth. Dobson ceased groaning and went to see who it was who could be paying a visit at so ungodly an hour. It was visionary producer Doug HammarskjÃ¶ld, who shoved the pamphleteer aside as if he were so much chaff, and bounded into the kitchen, where he babbled at Marigold Chew as if in an ungodly frenzy. Ungodly hours and ungodly frenzies can often come in twos, and, like magpies, even in threes, and as if to prove this last point an ungodly magpie came swooping through the sky and smashed into the kitchen window, clonking its small birdy head and falling into a swoon not unlike that from which Marigold Chew had just awoken. Such are the furious interconnections of the known universe.

â€œMarigold, Marigold!â€ babbled HammarskjÃ¶ld, â€œI see you have been making your tape ofÂ  belligerent, combative, confrontational sound art of between six and ten hours in length, albeit in your kitchen rather than out in the field. Thank heaven you have done so! I must snatch the tape immediately from the Blattnerphone and take it to the studio, for we have a suffered a calamity involving carpet beetles and the chewing clean through of wiring and other dramatic events, worse than the worse things that happen at sea, and if I do not have a field recording to broadcast right now, my fledgling long wave station will be shut down by the radio police!â€

Thus it was that, later that evening, listeners to Radio Doug HammarskjÃ¶ld were treated to six hours of Dobsonâ€™s kitchen groanings, and the station was saved for another day. The programme caused a short-lived brouhaha, and the column inches of obscure avant garde sound art magazines were filled with guff about it. Marigold Chew herself disowned the recording, and rightly so, for it was not the tape she meant to make. Although, since the dying says of 1953 when all this happened,Â  Brian Eno has taught us to honour our errors as hidden intentions, Marigold Chew never counted herself as an Enoist, and forever regretted that she had not caught up with the cows and peasants, the badgers and brooks, for which, as far as she was concerned, the Blattnerphone had been invented. In any case, as she wrote in a letter many years later:

I had to listen to Dobsonâ€™s kitchen groanings day in, day out, for as long as they lasted,Â  and I did not consider them to be sound art. If I want sound art, like any sensible person I will listen to ill-tempered Germans shouting their heads off, or to cows and peasants and rutting badgers and babbling brooks. Dobsonâ€™s kitchen groanings, like all his other groanings, were to me merely the groanings of an out of print pamphleteer. He ought to have been writing, not groaning in the kitchen with his head in his hands as the Blattnerphone whirred and hissed, and the stunned ungodly magpie lay on the windowsill, away with whatever fairies clutter the tiny heads of birds. 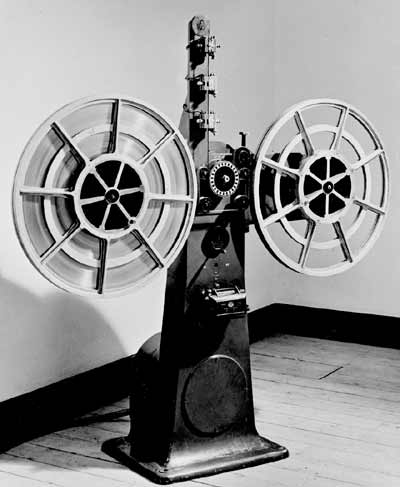 One thought on “Dobson’s Kitchen Groanings”