For reasons both bewildering and unfathomable, Hooting Yard has occasionally ended up in lists of tiptop blogs perused by those of a Liberal Democrat persuasion. Partly by way of these perplexing bedfellows, I happened upon a postage called Eight years in eight posts – where Jonathan Calder, following the lead of some others, took a look back at what he was writing on more or less the same date during the past eight years. So I thought it might be instructive and diverting to do the same. There was a time, regrettably, when Hooting Yard was not the Indefatigable Daily it has become, so where there was no postage for 16 May I have taken something from as close to the date as I could.

Last year, on 16 May 2011, I linked to a piece in The Dabbler about James Joyce’s Ulysses. This gave me the excuse to retail for the umpteenth time a couple of contemporary reviews of the novel and other Joycean bittybobs.

On 16 May 2010, The Bats Of Remorse included the phrase “the porale of grief”. “Porale” is a splendid and too rarely deployed word.

On 18 May 2009 I revealed the four categories of reader defined by an eighteenth-century subscription library.

16 May 2008 was the occasion for an illustration depicting sphairistike as played in the year 2000.

Another illustration on 16 May 2007, which I like so much I shall reproduce it here. We have, of course, seen further references to Chutney On My Spats in recent days. 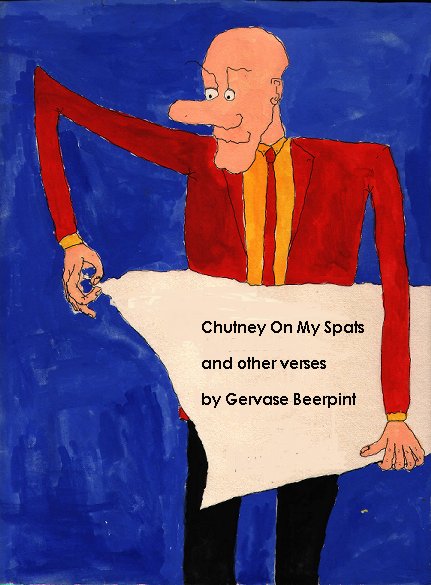 We now revert to the old Hooting Yard format, where 14 May 2006 included a quotation from Bachelor Bluff : His Opinions, Sentiments, And Disputations by Oliver Bell Bunce (1881).

On 24 May 2005, learn why you will be disappointed should you wish to know How Cats Spend Their Time.

And on 17 May 2004, The Life And Loves Of The Immersion Man, one of the first pieces I ever read on Resonance104.4FM, on a Clear Spot programme in 2002, before the advent of Hooting Yard On The Air.

NOTE : The links to Old Format Hooting Yard seem to go somewhat astray. You might have to scroll up or down a tad to find precisely what I intend you to find.