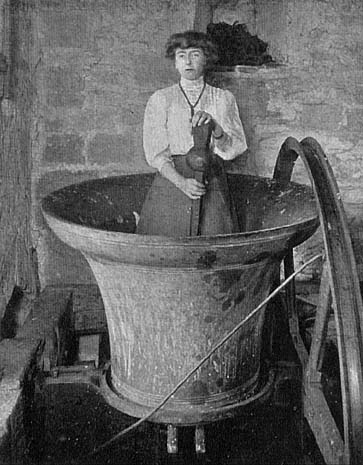 There is something terribly dispiriting about a clunk, any clunk. Have you ever known a clunk to harbinge anything majestic and life-enhancing? I do realise, by the way, that “harbinge”, as a verb derived from the noun “harbinger”, is not in the dictionary, but it damn well ought to be. Clunks spell disrepair, flaws, ruination, even doom.

Imagine for example that you are an avid bell-ringer. It is Wednesday evening, the time of your weekly bell-ringing practice at St Bibblybibdib’s church, that lovely old church with its magnificent belfry. It is the kind of belfry in which bats are said to hang upside down, resting between their nocturnal swoopings in search of tiny scurrying things to eat. Or, depending on the type of bat, fruit. But you care not a jot for the bats, you think only of the bells, and their pealing. Tonight you will be rehearsing an Angelus with your fellow bell-ringers, Mat and Nat and Sacheverell and Chlorine.

In your parlour, you look at the clock. It is time to get ready. You scamper up the stairs two at a time and throw open the bedroom wardrobe in which you keep your bell-ringing gear. Heart already thumping with the sheer excitement of the practice session to come, you put on your bell-ringer’s tunic and your bell-ringer’s gloves and your bell-ringer’s pointy cap. You swallow a vitamin pill. You look at your reflection in your gleaming bell-ringer’s boots. You hare down the stairs and you leave a bowl of food for your pet cat, David Carpenter. David Carpenter is out and about, chasing in vain squirrels or birds or otherwise making a fool of himself, but when the time comes for his return home, he will shimmy through the catflap. You take one last preen in the hallway mirror and then you leave the house, locking the door behind you.

There are several bells dangling at the top of the bell-tower of St Bibblybibdib’s. They are still and silent, awaiting you and your chums.

It is a windy evening. You pull your pointy cap down, snug against your cranium. Out through the gate and along the lane you prance, buffeted yet spry. Ahead of you looms the lych gate of the lovely old church. Sometimes, atop the roof of the gate, you have seen, appropriately, a lych owl, or screech owl, perched. But there is no owl there this evening. Perhaps it was chased away by David Carpenter, who you see now, sprawled on the churchyard wall, taking a nap.

You click open the lych gate and enter the St Bibblybibdib’s churchyard. All the familiar mossy toppling gravestones are there, and you glance at the one that reads JOHN UNANUGU, WHO DEPARTED THIS LIFE, wondering if at long last somebody might have scrubbed the filth of centuries from it to reveal John Unanugu’s dates of birth and death. But no, the gravestone has not been touched since you were last here, on the previous Wednesday evening, for bell-ringing practice.

The pair of you enter the church. There, in the gloom, Mat and Nat and Chlorine are faffing about. This is for you always a thrilling moment, just before you go into the bell-chamber and set the bells a-pealing. You are not quite breathless with excitement but there is a definite quaver in your voice as you say hello to your chums.

And then you are ready to rehearse the Angelus. Each of you grasps their sally. Nat is the first to pull on his bell-rope, and he sets his jaw determinedly as he does so. But instead of the clang you all expected, there comes a clunk! At some point during the past week, a crack has appeared in the bell, by dint either of yobboes or metal fatigue. There will be no Angelus this evening.

That is an example of one particularly dispiriting clunk. I am sure you can think of many more. 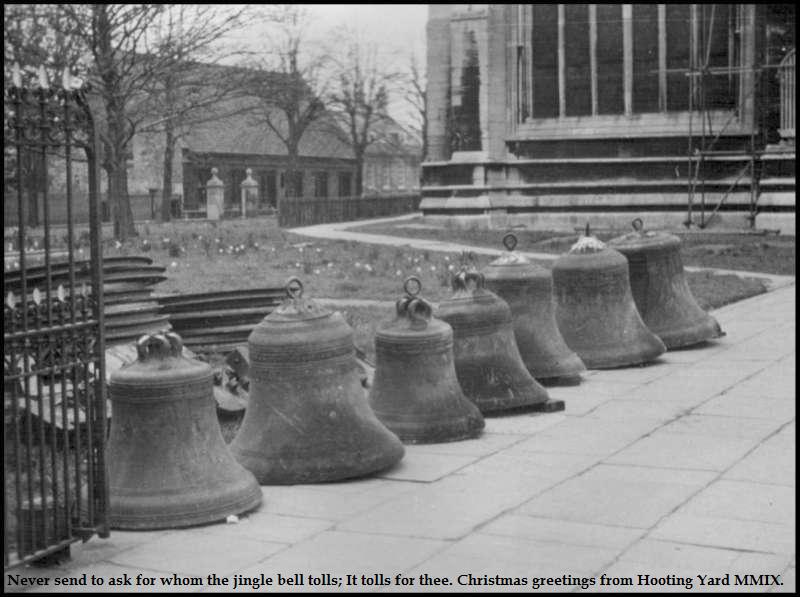