Courtesy of ImageChef, to which I was led by Outa_Spaceman.

It is quite extraordinary. I had no idea, when I posted, yesterday, the first in a projected series of photographs of notable authors sitting on swans, that it would prove to be the most popular item to appear anywhere on the interweb, ever. According to the statistics churned out by my Blötzmannometer, attached to the computer via a pneumatic funnel, that one blog postage has been viewed by billions of people, in every nation on earth, as well as by further billions of beings on far-flung planetoids, those, obviously, which have interweb connection infrastructure in place. Clearly there is something about a notable author sitting on a swan which speaks to people’s deepest yearnings. The picture is more popular even than such interweb hits as a video of a cat behaving foolishly, an amateur diva belting out a songlet, or the e-book download of The Anatomy Of Melancholy.

And now my postbox is crammed full of photographs – many quite brazenly counterfeit – of other authors sitting on other swans. Many of these seem to have been sent by the writers themselves, keen to jump on the bandwagon. (Note to Jeanette Winterson – please desist. In any case, by the look of it, that is not a real swan.) Others are crude Photoshop fabrications showing, I presume, the sender’s favourite writer superimposed on a swan. I must admit I never realised just how many fans A S Byatt has.

I have taken on a team of otherwise unemployable ragamuffins to sift through the mountain of pictures and to pick out the ones that appear genuine. Also, I have drummed in to their scruffy little heads that the series title is Notable Authors Sitting On Swans, to make sure they discard the Zadie Smiths and Adam Thirlwells of this benighted world.

Oh, and it goes without saying that I am doing my utmost to track down a photograph of the twentieth century’s titanic pamphleteer, Dobson, sitting on a swan. I am not holding out much hope, though, for Dobson was notoriously camera-shy. Indeed, he usually attacked with a hammer anybody trying to take a snap of him with their box camera. He was that kind of pamphleteer.

Outa_Spaceman has been spending his time very sensibly compiling a Hooting Yard Book o’ Days. It is in its early stages, but he has pinpointed some of the key dates in the calendar, those of startling significance in Hooting Yard world. To wit:

14 April: First episode of Hooting Yard On The Air

6 May: The Hindenburg Disaster

8 May: White Lotus Day (anniversary of the passing of Madame Blavatsky)

This is all splendid stuff and will act as a useful aide memoire for readers. Please use the Comments to suggest further dates for inclusion in this valuable Hooting Yard resource. It is to be hoped that we will have something to celebrate on every day of the year.

Those of you who have been following the comments under Birdo will be aware of kerfuffle. Brit points out that representatives of the Esperantists’ militant wing tirelessly patrol Blogshire and weigh in wherever they feel Dr L L Zamenhof’s artificial language has been in any way traduced. Mr Wellington, on the other hand, suggests translating some Hooting Yard texts into Esperanto to see if they are thereby improved.

Mr Key’s Esperantoglot pal Wolfgang Glot has come up trumps (or rather, trumpos) and dashed off this “Huad Jardo” paragraph, the opening of A Tip From A Shaman, or Pinto El Xamano, as we had better learn to call it.

Future episodes of Hooting Yard On The Air on ResonanceFM may be conducted entirely in Esperanto… although, of course, that may enrage fanatical devotees of rival artificial language Glosa. What a quandary! (Or quandaryo!)

At the risk of deluging you with Heppenstall, I cannot resist posting this line from The Intellectual Part:

“I had never thought highly of Esperanto (my father had once tried to make me learn it, but when I found the word for bird was ‘birdo’ I could no longer take it seriously).”

I wonder if perhaps I should arrange for Blötzmann’s bird psychology diagram to be translated into a birdo psychologyo diagramo.

Regular readers will have noted a lack of postages here over the past few days. This is due to what boffins call “a complete vacancy within the cranium”. In short, Mr Key is terribly, terribly uninspired. No doubt things will get back on track in the new year. Meanwhile, if anybody can suggest profitable lines of enquiry, please do so.

The following forecast is applicable to all twelve astrological signs, and also to three or four of the far more reliable signs in the Blodgett Zodiac.

“You are followed by an obbligato of hoots and grimaces from a derisive posse of ragamuffins.”

This prediction first appeared in Wanderings Of A Globe-Trotter In The Far East by Lewis Wingfield, published in 1889. One hundred and twenty years later, it shall come to pass.

Oddly coincident with Mr Key’s presence in the United States, the latest edition of the Drabblecast features a Hooting Yard story. Bubbles Surge From Froth is read by Norm Sherman, the man who made the words “magnetic mute blind love monkeys” sound so eerie and lascivious.

Norm gives a splendid rendition once again, so many thanks to him, and to whomsoever is responsible for the delightful picture of the captain Communist, smoking a cigarette and leaning insouciantly against a cow while birds flock in the sky above. 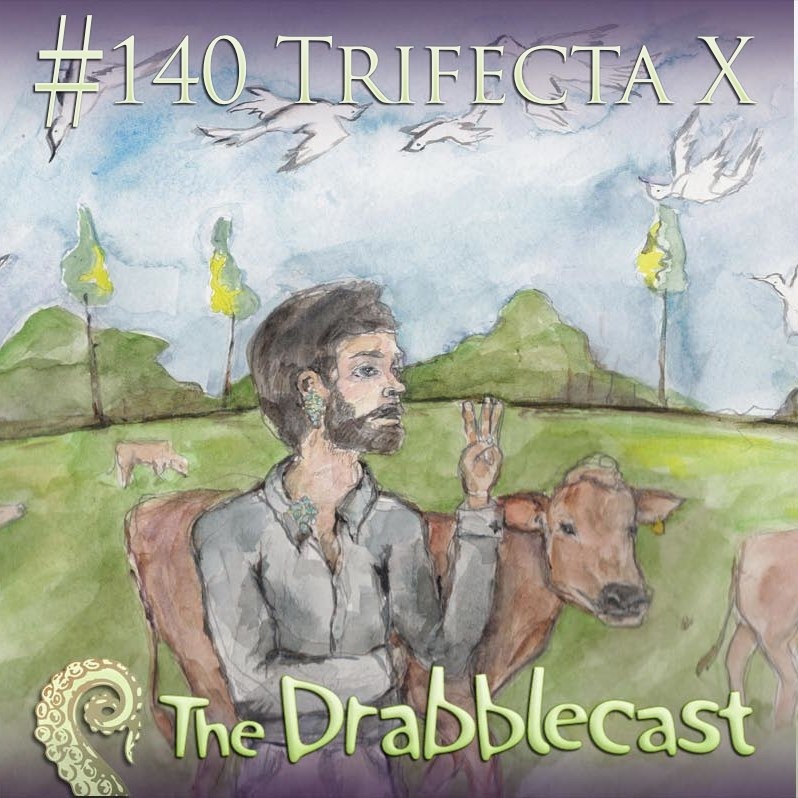 Dear Mr Key, writes Vlasto Signalstrength, I read Hooting Yard mostly to keep up to speed with the doings of the Woohoohoodiwoo Woman, upon which you occasionally report. I wonder if you could tell me if she is in any way related to Willie “Woo Woo” Wong, after whom a San Francisco children’s playground is named? My tiny daughter has grown fond of Willie “Woo Woo” Wong’s swings, and is often to be heard screaming and gurgling with delight, noises which in an uncanny way remind me of the eldritch wailings of the Woohoohoodiwoo Woman as she skips and trudges around in the dark dark woods on moonlit nights. What can it all mean? 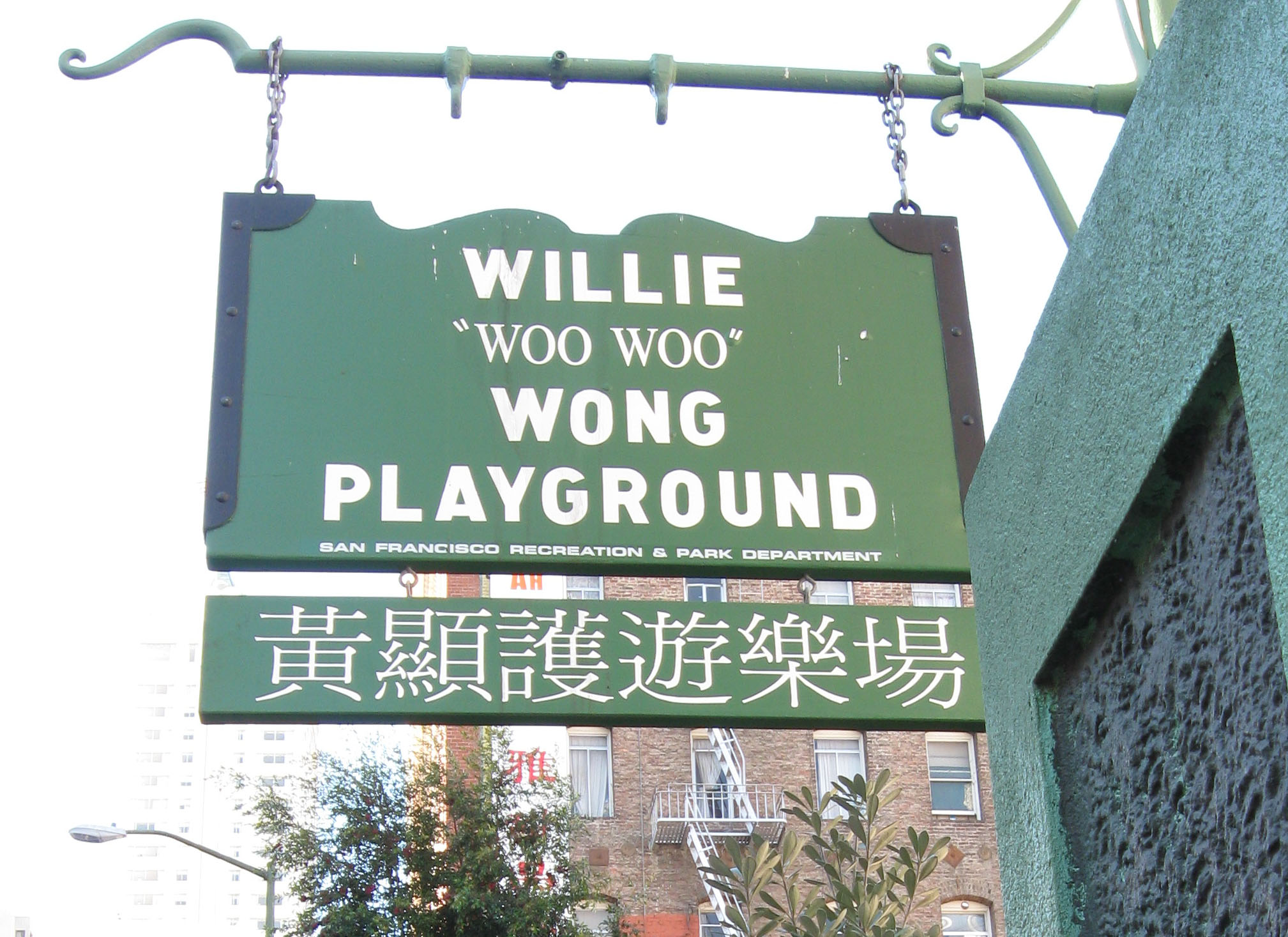 Here are a few notes – by no means conclusive – from Mr Key’s American sojourn. Further bulletins may follow.

I met a fanatical devotee of Jethro Tull, with whom I shared observations about the first four or five LPs and the apparel worn by the flautist Anderson in the early days.

I am minded to note that what British people call a “flannel” and Americans call a “washcloth” has always been known in my family as a “facecloth”. This is possibly due to a transliteration by my Flemish-speaking Ma.  It has been decreed that henceforth the social networking application Facebook will be referred to as Facecloth. All Hooting Yard readers and listeners are expected to adopt the new term exclusively and with immediate effect.

I met a couple who have a pet eel named Peaches. Sadly, I did not meet Peaches The Eel herself. (Himself? Itself?)

I have packed my pippy bag and will be off on my travels first thing tomorrow morning. Postages at Hooting Yard will thus be sparse, or perhaps non-existent, for the next couple of weeks. You can stave off hysteria by rummaging in the Archives, or buying the books. Speaking of which, almost as soon as I return to Blighty in the second week of December, a brand new Hooting Yard book will be published, thus solving your Christmas gift problems!

At A Don’s Life, classicist Mary Beard writes about her visit to a rag well, or clootie well, near the village of Munlochy in Scotland. What she fails to mention is that while there she posed for a thoroughly convincing tableau vivant of the Woohoohoodiwoo Woman In The Woods. 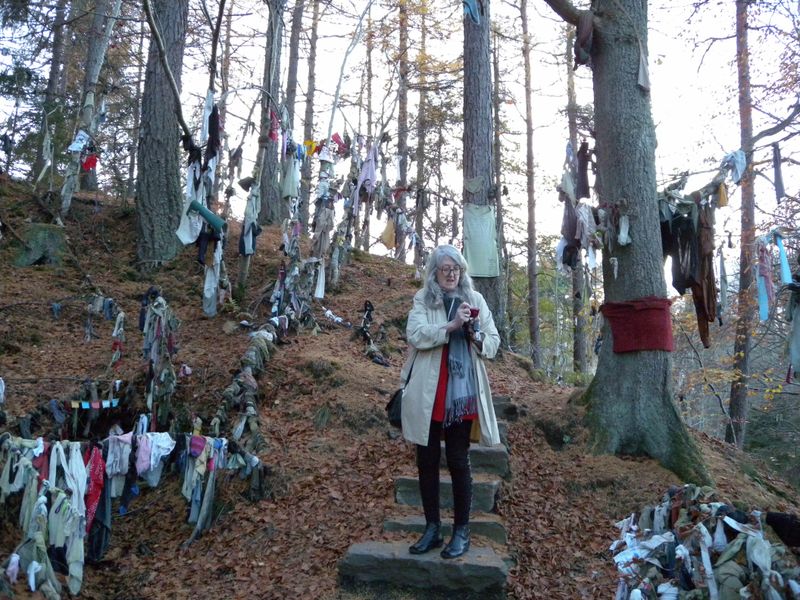 There are times when one leaps out of bed and feels impelled to gather thirty-nine pals or passers-by together to execute a faultless rendition of Spem in alium by Thomas Tallis. To assist in this enterprise, here are the words, from the Sarum Rite:

I have never put my hope in any other but in you, O God of Israel, who can show both anger and graciousness, and who absolves all the sins of suffering man. Lord God, Creator of Heaven and Earth, be mindful of our lowliness.

However mindful we are of our lowliness, it may be that in our post-Christian, diverse and vibrant community hubs, trendy groovers will want to sing a more inclusive version suitable for all faiths and none. To wit:

While watching Die Hard 4.0 the other day, it occurred to me that things might pan out very differently if, in films featuring laptop-wielding cybercriminals, the malefactors had to rely on PCs using Windows Vista.

Criminal mastermind cackles evilly and issues a command to his technowhizz sidekick.

Sidekick nods, taps the keys… and on his screen, a message appears:

“Please wait. Windows is checking for updates and carrying out several other incomprehensible and purposeless activities. This may take a few minutes, or possibly hours, during which time your computer will make little whirring noises. Do not power off or unplug your machine.”

Over at Think Of England, Brit has a list of things worthy of disparagement (or “meh”, as he puts it). It is a fine list, by and large, although I was not the only commenter to question his inclusion of “most soups”. Obviously the poor fellow is brainsick, at least in that part of the cranium evolution has designed for soup appreciation. Perhaps his family and pals can rally round and organise an “intervention”. It may be his only hope.

His list, however, reminded me of one of my favourite books, The Chatto Book Of Cabbages And Kings : Lists In Literature, edited by Francis Spufford. Looking it up on Amazon to find out if it is still available – it is, of course – I noted that, with splendid serendipity, it was published exactly twenty years ago today. An anniversary not quite as thrilling as the becrumblement of the Berlin Wall, but nevertheless one worth marking. So my thanks to Brit for making me think about lists.

On the other hand, I have absolutely no idea what has brought Ayn Rand swimming into my head over the last few days. I have mentioned her here, and in my comment at Think Of England, which might give readers the impression that I am somehow obsessed. It is true that I continue to work tirelessly at my monograph A Startling Number Of Anagrams Of ‘Ayn Rand’, which I am hoping to finish during the next decade. But other than that, the most interesting thing about the bonkers Objectivist is that she was a very keen stamp collector. I drew readers’ attention to this some years ago, but may as well do so again for those of you who do not spend your every waking hour trawling through the Hooting Yard Archives. While others may claim The Fountainhead or Atlas Shrugged as Ayn Rand’s greatest work, you and I know that she never surpassed her classic Why I Like Stamp Collecting. 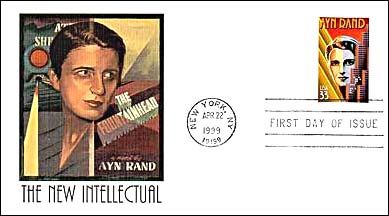